Larger tumor size is an independent risk factor for poor survival after cytoreductive nephrectomy (CN) for renal cell carcinoma (RCC), investigators reported at the 22nd annual meeting of the Society of Urologic Oncology.

Management of metastatic RCC “is in the process of a dramatic evolution with the proliferation of systemic agents and reassessment of the role of cytoreductive surgery,” Dr Nasseri and colleagues noted.

The authors concluded, “Further investigation is necessary to confirm our findings and to delineate the mechanisms responsible for this phenomenon.” 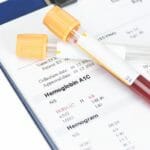