Advances in systemic medical treatment of metastatic renal cell carcinoma (mRCC) in the past decade and the introduction of immunotherapy have significantly increased overall survival, according to the findings of a real-world study presented at IKCS Europe 2022.

Dominik A. Barth, MD, of the Medical University of Graz in Austria, and colleagues conducted an observational study of 914 Austrian patients diagnosed with mRCC from July 1985 to September 2020.

The investigators placed the patients into 3 cohorts by treatment era: cytokine (311 patients), first-generation tyrosine kinase inhibitors (TKIs, 311 patients), and TKIs/immunotherapy (292 patients). The investigators assigned these eras based on European Medicines Agency approval dates of sunitinib (July 2006) and nivolumab (June 2015) for treatment of mRCC.

The median overall survival times in the cytokine era and first-generation TKIs era were 2.4 and 1.7 years, whereas it was not yet reached in the modern TKIs/immunotherapy era, Dr Barth’s team reported. In Cox proportional hazard models, patients in the modern TKIs/immunotherapy era had a significant 54% reduction in the risk for death compared with those in the cytokine era. The investigators observed no significant difference in mortality risk between the cytokine and first-generation TKIs era. 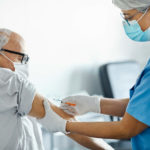