There were no significant differences in the genomic landscape of clear cell renal cell carcinoma (RCC) primary tumors and metastases, or between the different sites of metastases, according to the results of a recent retrospective study.1

These findings indicate that there “is not a single gene mutation driving metastatic disease” in RCC, according to Bradley A. McGregor, MD, Clinical Director for the Lank Center of Genitourinary Oncology at Dana Farber Institute in Boston, Massachusetts, and colleague of senior study author Toni Choueiri, MD.

“The thinking was that someone with metastatic versus localized RCC has a different set of mutations with one driving the metastatic disease,” Dr McGregor said.

For example, in prostate cancer, analysis of bone metastases identified a common genomic copy number loss containing the FBXL4 gene.2 This loss of FBXL4 was also found in primary tumors and was associated with certain prognostic factors, suggesting that FBXL4 loss contributed to prostate cancer progression.

“What [the RCC] study showed is that the mutational landscape of metastatic disease and that of the primary tumor was relatively similar,” Dr McGregor said.

Next-generation sequencing was used to analyze mutations in tumor biopsies from two cohorts of patients. In the first cohort, 578 patients were sequenced: 349 primary tumors and 229 metastases. The most commonly identified mutations in both groups were VHL (66.8%), PBRM1 (41.8%), and SETD2 (24.7%). TP53 was more commonly mutated in metastases compared with primary tumors (14.85% vs 8.9%; P = .031); however, the researchers noted that this difference did not pass the false discovery rate. No difference in mutations was observed across different metastatic organ sites. 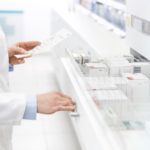 Does Sunitinib Have A Future in Renal Cell Carcinoma Treatment?