In the last decade, the U.S. Food and Drug Administration (FDA) has approved a variety of kinase inhibitors, including sorafenib, temsirolimus, everolimus, sunitinib, pazopanib, and axitinib—all angiogenesis inhibitor— for the treatment of patients with advanced renal cell carcinoma (RCC). Two additional immunotherapeutic agents;  bevacizumab, which is another antiangiogenic agent; and nivolumab are also indicated for advanced RCC.

Clearly, preventing angiogenesis is an effective strategy for treating RCC tumors, but resistance to these agents often occurs. Therefore, researchers are developing a variety of agents that work similarly.  In this article, Cancer Therapy Advisor takes a look at those drugs in the pipeline for the treatment of RCC.

Cancer Therapy Advisor spoke with Toni Choueiri, MD, clinical director of the Lank Center for Genitourinary Oncology and director of the Kidney Cancer Center at Dana-Farber Cancer Institute in Boston, MA, to gain his insight into which drugs he believes are the most important in the future of RCC therapy.

Cabozantinib is an oral, small-molecular tyrosine kinase inhibitor that targets vascular endothelial growth factor receptor (VEGFR), like the angiogenesis inhibitors, as well as MET and AXL. An open-label, phase 3 trial comparing the efficacy of cabozantinib to that of everolimus in patients with RCC that had progressed after VEGFR-targeted therapy demonstrated a 42% lower rate of progression or death with cabozantinib.1

“Cabozantinib is very interesting. Data published in The New England Journal of Medicine in September 2015 and an update presented at the 2016 Genitourinary Cancers Symposium showed that the drug beat the second-line standard everolimus in terms of progression-free survival,” said Dr Choueiri, who also serves on the National Comprehensive Cancer Network Kidney & Testicular Cancers Panel and is chairman of the Medical and Scientific Steering Committee of the Kidney Cancer Association.

“The responses were also higher with cabozantinib, and the drug also increased overall survival compared with everolimus according to  a press release from Feb 1, 2016,” Dr Choueiri explained.2

The overall survival data have not yet been presented or published.

In late December 2015, Exelixis, the developer of cabozantinib, announced that it completed the submission of its rolling New Drug Application for cabozantinib as a treatment for patients with advanced RCC who have received 1 prior therapy; the FDA recently granted Priority Review to the application and set a Prescription Drug User Fee Act action date of June 22, 2016.3

“This was a trifecta,” Dr Choueiri told Cancer Therapy Advisor. “Hopefully, it will be approved, as the trial met its primary and secondary endpoints.” 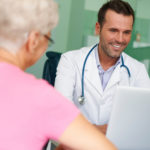 Vascular Mimicry May be Prognostic Factor for Survival in RCC