At a median follow-up of 9 years, 676 of those patients had suffered tumor recurrences. Of these patients, nearly half (322; 47.6%) developed abdominal recurrences. Another 41% experienced chest recurrences and 14% had recurrences in bone.1

“Patients age 80 years or older with pT1Nx-0 disease and a CC1 of 1 or less were only to be found at a higher risk of encountering a recurrence in the abdomen as compared with a non-RCC death for 6 months after surgery, which suggests that, for such patients, routine surveillance beyond this point may be avoided,” they reported.1

That was not the case for patients between age 20 and 50 years. For patients younger than 70 years who have any-T-stage tumors with N1 nodal involvement, abdominal recurrence risk “remained greater than that of the risk of non-RCC death” for more than 20 years regardless of CCI score.

“Conversely, for patients age 70 years or older with pT(any)N1 disease, the risk of non-RCC death did exceed the risk of abdominal recurrence, and this point in time was reached sooner with increases in age and CCI,” they wrote.1

“This approach eliminates the oversimplified stopping points that are recommended currently and allows a better prediction of a patient’s natural course of disease with RCC as it interacts with their overall health status,” the coauthors wrote.1 “We believe that this strategy represents an improvement over current guidelines and can provide a better balance between the derived benefit from surveillance and medical resource allocation.” 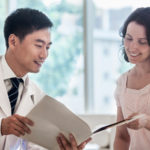