Dr Iacovelli: The expression of PD-L1 is not a validated marker for the efficacy of nivolumab or other immunotherapies in kidney cancer.

This expression is associated with poor survival in patients, but there is great heterogeneity between the expression of PD-L1 in primary tumors and in the metastases.

On the other hand, PD-L1 expression has been found by our group to be related to poor survival in a series of studies, including among patients who did not receive immunotherapy. But its prognostic role in patients treated with immunotherapy is currently unknown.

CTA: Are there other candidate biomarkers that can predict immunotherapy outcomes for patients with RCC?

Dr Iacovelli: There are no validated markers to predict the efficacy of immunotherapy in kidney cancer.

The [US Food and Drug Administration] FDA granted accelerated approval to pembrolizumab for the treatment of patients with microsatellite instability-high (MSI-H) or mismatch repair–deficient (dMMR) solid tumors that have progressed after prior treatment.

These alterations have been found in about 5% of patients.

Dr Iacovelli: Unfortunately, significant response is observed in only 1 out of 4 patients treated with immunotherapy.

Despite this, an analysis of patients treated in a large phase 3 trial reported that patients with disease progression as the best response have an improved overall survival rate if previously treated with immunotherapy compared to those treated with everolimus.2

In conclusion, tumor response is not directly related to the efficacy of immunotherapy.

CTA: Your team pointed out that nivolumab’s antitumor activity might not predict tumor response. What might explain that finding and what are the clinical implications?

Dr Iacovelli: The response of tumors to immunotherapy is not directly related to the antitumor activity of immunotherapy.

Moreover, evaluation of response is more complex with immunotherapy compared to chemo or other antiangiogenic agents. Mixed response or “pseudoprogression” is characterized by some decreasing metastases with others that increase in size or the appearance of new ones.

These patients should be managed cautiously because some have progressive disease and others might have a response if treatment is continued.

Considering the lack of predictive factors, if there is not a worsening of clinical conditions, treatment should be continued and new imaging performed within 6 to 8 weeks. 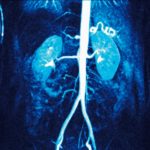