The findings challenge a widely held belief in radiation oncology that RCC is biologically radioresistant, said lead investigator Chad Tang, MD, an assistant professor of radiation oncology at The University of Texas MD Anderson Cancer Center, Houston, Texas. Radiation has mostly been used as a palliative approach to relieve pain or manage symptoms in patients with metastatic RCC.

Trial results, which were published in The Lancet Oncology, show that serial radiation therapy offered progression-free survival (PFS) similar to frontline systemic therapy, but with much less toxicity, Dr Tang said. The trial also provided evidence of the biologic effectiveness of radiotherapy at the histologic level in paired biopsy samples.

Dr Tang and colleagues analyzed the use of stereotactic body radiation therapy (SBRT) as an alternative treatment to standard-of-care systemic therapy for oligometastatic RCC. The researchers enrolled 30 patients between July 2018 and September 2020 who were diagnosed with clear cell RCC and had 5 or fewer metastatic lesions. The trial consisted of 20 Whites (67%), 7 Hispanics (23%), 2 Blacks (7%) and 1 Native American (3%). The median age was 65 years, and 24 were men.

All patients were treated with SBRT, but if such high doses were deemed not safe, they received hypofractionated intensity-modulated radiation therapy, Dr Tang said. Further rounds of radiotherapy were permitted for treating subsequent sites of progression. Serial SBRT as monotherapy demonstrated antitumor activity and achieved a median PFS of 22.7 months. Tolerability was good, with all patients completing at least 1 round of radiation therapy without requiring dose reduction or discontinuation due to toxicities. Only 6 patients (20%) experienced a grade 2 or less adverse event, 2 patients experienced a grade 3 event (pain and muscle weakness), and 1 patient experienced a grade 4 event (hyperglycemia).

Biopsy samples collected 3 months after treatment confirmed that radiation therapy was effective in eliminating viable tumor cells. The team conducted computed tomography-guided biopsies on 14 patients at first follow-up and found that 6 patients (43%) tested negative for viable malignancy. A meaningful reduction in tumor cell proliferation occurred in the remaining patients, dropping from 15% before radiation therapy to 6% after treatment. Upon final analysis, 23 patients (77%) remained off systemic therapy.

The trial has been extended and is enrolling 100 patients. The findings from the phase 2 trial, however, suggest this strategy could be used for treatment de-escalation to delay, avoid, or hold systemic therapy in patients with oligometastatic RCC. Contemporary retrospective studies suggest this approach can produce local control rates exceeding 90% in patients with RCC and similar rates were identified in the current study (97% local control at the data cutoff date).

Jason Hearn, MD, a clinical associate professor of radiation oncology at the University of Michigan Medical School in Ann Arbor, said this is a reasonable strategy that may produce a host of benefits. “It is possible that this approach might be associated with fewer side effects than systemic therapy, especially in some patients, though this study does not directly provide such a comparison,” Dr Hearn said. “A randomized trial comparing this approach to systemic therapy would be informative as to comparative toxicity and efficacy. A cost effectiveness analysis comparing common systemic therapies to radiotherapy would also be useful.”

John T. Barrett, MD, PhD, interim chair of the department of radiation oncology at the Medical College of Georgia at Augusta University, said the latest study joins other important series demonstrating the efficacy of aggressive radiotherapy for oligometastases in RCC and other relatively radioresistant tumors. Systemic therapy for metastatic RCC with tyrosine kinase inhibitors can be poorly tolerated and significantly impact quality of life for a majority of patients, Dr Barrett noted. So there is a strong incentive for deferring systemic treatment in patients with oligometastatic disease, especially those with a more indolent course, he said.

He noted these findings are consistent with the results of the National Cancer Institute’s phase 1 NRG-BR001 trial, which showed that SBRT in standard doses is safe for patients with a median of 3 metastases.2 “In the NCI trial, there were no dose-limiting toxicities and over 50% of trial participants were alive at 2 years following treatment,” Dr Barrett said.

Joseph Salama, MD, a professor in the department of radiation oncology at Duke University School of Medicine in Durham, North Carolina, said the latest findings are important for patients as it is a way to treat their cancer directly, safely, and without unpleasant side effects. “It will allow patients to hopefully have improved quality of life with their cancer controlled with less time on therapy, saving effective therapies when they are truly needed,” Dr Salama said.

The patients in the current study were carefully selected and had good performance status and normal baseline laboratory tests, but often it is the patients with poor performance status and abnormal laboratory tests who are not able to tolerate systemic therapies. These are the patients for whom this approach of metastasis-directed therapy may be most useful, Dr Salama said, adding that he would like to see serial radiation therapy validated in this patient population.

Analysis of blood and tissue specimens should be performed to identify which patients are likely to have progression with new metastases that require systemic therapy, he said. “Furthermore, there is a great interest in combining radiation treatment of 1 metastasis with immunotherapy for more widely metastatic cancer types under the premise of getting a STAR (systemic therapy augmented by radiation) effect, that is delivering radiation to 1 tumor will enhance the effectiveness of immunotherapy on all metastases in all tumor types,” Dr Salama said. 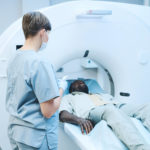