Tumor perfusion at baseline may be associated with response to treatment with antiangiogenic, small-molecule tyrosine kinase inhibitor (TKI) therapy for patients with metastatic renal cell carcinoma (RCC), according to findings from a prospective study reported in Radiology.1

Monotherapies with TKIs that target vascular endothelial growth factor receptor (VEGFR), such as sorafenib, pazopanib, and cabozantinib, continue to play important roles in the treatment of patients with metastatic RCC, both in first-line and subsequent-line settings. In addition, the VEGFR TKI, axitinib, is also a recommended first-line option in combination with immune checkpoint inhibitor therapy for patients with stage IV RCC characterized by clear cell histology.2

Arterial spin labeled (ASL) perfusion magnetic resonance imaging (MRI) is a non–contrast-based, noninvasive imaging modality that quantifies blood flow to tissue. Since increased blood flow to tumor may be associated with increased tumor growth, this study was conducted to evaluate whether RCC tumor perfusion prior to and following treatment with sunitinib or pazopanib was associated with objective response rate (ORR) and progression-free survival (PFS) in patients with metastatic disease.

In addition to a diagnosis of metastatic RCC and planned first-line treatment with either sunitinib or pazopanib monotherapy, inclusion criteria for this single-arm, open-label study (ClinicalTrials.gov Identifier: NCT00749320) were 18 years or older, no prior antiangiogenic therapy within 30 days of study enrollment, and a target lesion located in the torso of at least 2.5 cm in diameter.

A key study finding was that baseline tumor perfusion was significantly higher in responders compared with nonresponders treated with either sunitinib or pazopanib (P =.02).

“ASL MRI may offer an alternative to RECIST-based measures of metastatic RCC response by providing an objective, quantitative marker of likelihood of response to VEGFR-TKIs,” the researchers stated.

In addition, for the combined cohort, there were significant increases in mean perfusion at disease progression following cycle 2 (P =.03) and cycle 4 (P =.006).

However, in commenting on these results, the study investigators noted that “the ability to use perfusion imaging to help detect resistance before RECIST-based determination was not realized in our study, as the detected perfusion increase occurred only at the time of progression as determined with RECIST criteria and not before.”

Finally, in the combined patient cohort, neither response nor PFS were associated with reductions in mean tumor perfusion from baseline to week 2 or cycle 4 of treatment. 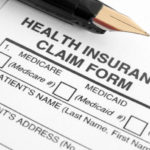