Results of a new study showed that higher preoperative blood glucose (POBG) was linked to prolonged length of stay (LOS) in patients with renal cell carcinoma (RCC) who underwent laparoscopic nephrectomy. These results were published in the journal Frontiers in Surgery.

“To our knowledge, this is the largest and first study of the relationship between POBG and hospital LOS in Chinese patients undergoing laparoscopic nephrectomy,” the researchers wrote in their report.

The retrospective study utilized a database from the Zhongda Hospital in Nanjing, China, including information from patients with urinary malignancies. This analysis involved adults with RCC who underwent radical or partial laparoscopic nephrectomy. The main factor of interest in this study was the fasting glucose level 2 days prior (or the nearest point in time) to surgery. The researchers performed logistic regression analyses to evaluate patterns involving POBG level and hospital LOS of more than 2 weeks or more than 3 weeks.

“In summary, we found that higher POBG levels were significantly associated with prolonged LOS in patients with RCC undergoing laparoscopic nephrectomy,” the researchers wrote in their report. 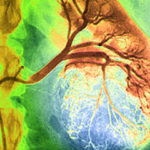