Treatment options for patients with renal cell carcinoma (RCC) have expanded, especially with the development of immunotherapy. Despite this increase in therapeutic agents, there continues to be significant research interest developing new treatments as well as vaccines, as approximately one-third of patients with localized RCC will eventually develop metastatic disease despite surgical resection of the primary tumor.1

One unique target within RCC is carbonic-anhydrase IX (CA IX) which is a hypoxia-inducible tumor antigen found on the cell surface membrane.1,2 CA IX is predominantly expressed in RCC cells and not in normal kidney tissue, as well as limited organ system distribution outside of the kidneys (stomach, pancreaticobiliary system, and proximal bowel)4,5.

Specifically, CA IX helps regulate pH and promote tumor cell survival in hypoxic environments.2 Additionally, CA IX can be recognized by the immune system via T cells interacting with the major histocompatibility complex (MHC) class I and II.2 Therefore, its role within the tumor microenvironment (TME) is critical in the development and progression of RCC.

Based on its implication in multiple pathways within RCC including specificity, immunogenicity, and pathogenesis, there have been early studies aimed at developing a vaccine targeting CA IX.2 These studies have provided mixed results, and have yet to provide the results expected based on its overall clinical profile.

A research group led by Faiena and colleagues recently developed a DC-based vaccine targeting CA IX using immature DCs and granulocyte-macrophage (GM) colony stimulating factor (CSF) which is delivered by an adenoviral vector (Ad) (DC-AdGMCA IX).2 The authors evaluated this vaccine in an open-label phase 1 escalation study and published their findings in the Journal of Immunotherapy. 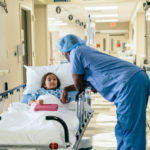