More than 3,700 papers on kidney cancer were published in 2014 but none offered major changes in the therapeutic landscape for metastatic renal cell cancers (mRCCs), reported Toni K. Choueiri, MD, Director of the Kidney Cancer Center, and Clinical Director of The Lank Center for Genitourinary Oncology at the Dana-Farber Cancer Institute in Boston, MA.

“If you look at the NCCN guidelines that were just updated, version 3.2015, there is not a major change,” he said.1 “But there are a lot of trials that provide important insights for future trials and management of patients.”

Among advances he reviewed were clinical trials comparing approved targeted agents, health outcomes research, and biomarkers. “A lot of work also remains to be done in non-clear cell RCC,” he emphasized.

“There was an updated report from the COMPARZ trial that showed pazopanib is not inferior to sunitinib in the front-line setting,” Dr. Choueiri said. “Why is this important? Because it provides a benchmark for future trials of single-agent, targeted therapy that utilize pazopanib or sunitinib as a control arm.”

Progression-free survival (PFS) was this INTORSECT study’s primary endpoint, and median PFS did not vary significantly between temsirolimus and sorafenib, he noted.

“But to our surprise in the RCC community, the secondary endpoint—overall survival—did favor sorafenib,” Dr. Choueiri said. “I’m personally still puzzled by that result. It could be that sorafenib results in higher survival,” but uncertainties remain, he said. 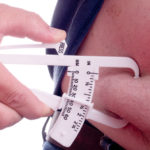