In a study of a nationwide registry-based cohort of 7894 patients aged 18 years or older diagnosed with RCC in Denmark, Lars Lund, MD, of Odense University Hospital in Odense, Denmark, and colleagues examined overall survival according to comorbidity status using the Charlson Comorbidity Index (CCI) among patients younger than 70 years and aged 70 years and older. The investigators followed patients’ vital status for up to 13 years.

In age- and gender-stratified analyses, patients with a CCI score of 1-2 and 3 or more had significant 15% and 56% increased mortality risks, respectively, compared with patients who had no comorbidities, Dr Lund and colleagues noted. The investigators observed similar patterns among patients aged 70 year or older and younger than 70 years.

“Comorbidity leads to inferior survival outcomes with renal cell carcinoma, irrespective of age, despite an overall increasing survival,” the authors concluded in the study abstract. “These data may guide patient counseling and prompt initiatives for controlling comorbidity.” 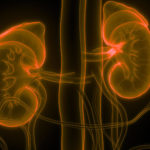 On the Radar for RCC in 2021: McGregor Discusses Combination Strategies, HIF-2α Inhibition, and Other Key Topics