Undergoing partial nephrectomy using a robotic surgical approach resulted in outcomes that were mostly superior, or at least as good as, those seen with open or laparoscopic partial nephrectomy, according to the results of a meta-analysis published in the Journal of Urology.1

Although partial nephrectomy is the treatment of choice for clinical T1 tumors, there is no professional consensus about whether or not to use a robotic approach for these tumors, according to the study.

In an attempt to assess clinical efficacy of robotic partial nephrectomy compared with an open or laparoscopic approach, Dr Cacciamani and colleagues conducted a comprehensive literature review and meta-analysis of worldwide English literature on the approach. The analysis included data from 33 studies encompassing 20,282 patients.

There were similar rates of conversion to radical nephrectomy between the 2 groups. A sensitivity analysis of this comparison showed similar results to that of the pooled cumulative analysis.

The researchers admitted in their discussion of the results that a limitation of the study is the level of evidence available for robotic partial nephrectomy. In fact, no level I prospective randomized data are available, they wrote. The level of evidence for robotic partial nephrectomy, according to categorizations from the Oxford Centre for Evidence-Based Medicine Levels of Evidence Working Group 2011, was level II in 5%, level III in 74%, and level IV in 21% of the publications surveyed.

“Another shortcoming of the study is the relatively short follow-up (approximately 5 years) reported in most series,” the researchers wrote. “Since many recurrences are noted after 5 years, the oncologic data reported here should be viewed with caution.” 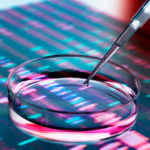