Patients with metastatic renal cell carcinoma (mRCC) who, within the first 2 lines of pharmacotherapy, remain on a drug for 3 months or more have longer overall survival (OS) than those who do not, according to a new study.

In addition, the study revealed a trend toward longer OS among patients who receive more total lines of therapy and found no direct evidence of universal cross-resistance among multiple targeted therapies for mRCC.

Using the Stanford Renal Cell Carcinoma Database, a team led by Alice C. Fan, MD, of Stanford University School of Medicine in Stanford, California, analyzed 194 patients with mRCC with known death dates treated from 2003-2017. The study population, which had a median age of 60 years and median OS time of 16.4 months, received a total of 504 independent lines of single agent therapy, with very few patients receiving combination therapies during the study period. Based on the investigators’ definition of clinical benefit (maintenance on a line of drug therapy for at least 3 months), 293 (58%) lines of therapy were beneficial.

Median OS was 0.28 years among patients who experienced no clinical benefit within the first 2 lines of targeted therapy compared with 1.74 and 1.71 years for patients who experienced clinical benefit from first-and second-line treatment, respectively, Dr Fan and her colleagues reported in Cancers. Median OS increased from 0.43 years with 1 line of treatment compared with 1.08, 1.82, 2.51, 2.75, and 3.65 years with 2, 3, 4, 5, and 6 lines of treatment, respectively.

The investigators observed that the current treatment paradigm in mRCC is evolving from single-agent targeted therapy to combination regimens aimed at maximizing antitumor activity. “Combination therapy ultimately holds promise for potentially increasing long-term survival, but a major challenge now will be selecting appropriate combinations in the right sequence given the array of drugs currently available for use,” the authors wrote.

Of the 194 patients, 131 had clear-cell RCC and 21 had non-clear-cell RCC. Based on the risk classification scheme developed by the International Metastatic Renal Cell Carcinoma Database Consortium, 21 patients (11%) had a favorable-risk prognosis and 173 (89%) had an intermediate- or poor-risk prognosis. During the study period, the authors noted, sunitinib was most commonly given as a first-line therapy in 46.9% of patients, followed by pazopanib in 25.8%, and sorafenib in 15.5%. The median number of therapies received per patient was 2. The median duration of therapy per patient was 9.92 months. 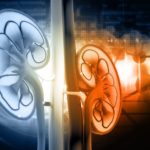