Single-agent aldoxorubicin therapy showed a significantly higher progression-free survival (PFS) and tumor response rate compared with doxorubicin in patients with advanced soft-tissue sarcoma, according to a study published online ahead of print in JAMA Oncology.1

Researchers in this international, multicenter, phase 2b randomized study sought to determine the efficacy and safety of aldoxorubicin vs doxorubicin in patients with advanced soft-tissue sarcoma.

Overall tumor response rate (by Response Evaluation Criteria in Solid Tumors, version 1.1) by independent review was higher with aldoxorubicin than with doxorubicin (25% [20 patients, all partial response] vs 0%).

No acute cardiotoxic effects were observed with either treatment, although left ventricular ejection fraction less than 50% occurred in 3 of 40 patients receiving doxorubicin.

The researchers concluded that further investigation of aldoxorubicin is warranted in this patient population. 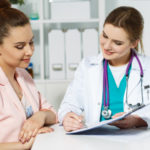