The authors performed a 2 institutional retrospective study to analyze treatment and survival of patients with angiosarcoma of bone. Complete surgical resection is essential for outcome. 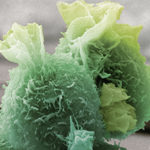 For Pediatric and Young Adult Patients with Sarcoma, Cixtumumab Plus Temsirolimus May Not Be Effective