More than 50% of patients with varying forms of sarcoma may have pathogenic monogenic and polygenic variation in cancer genes, according to a study published in The Lancet Oncology.1

Researchers included genetic data from 1162 patients diagnosed with bone or soft-tissue sarcoma who were older than 15, with a median age of diagnosis of 46, at the time of study enrollment; clinical, pathological, and pedigree information was taken and evaluated, as well as information about any patient’s personal diagnosis or diagnosis of a relative.

More than half (638) of patients carried an excess of pathogenic germline variants. Patients were more likely to have have multiple pathogenic variants than controls.

The authors concluded that the pathogenic variants found in patients have implications both for risk management and treatment. 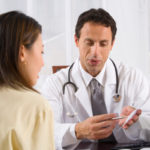