A standard chemotherapy regimen was more efficacious than histotype-guided chemotherapy among patients with high-risk, localized sarcoma of the extremities or trunk wall, according to a study published in The Lancet Oncology.1

Data regarding the use of adjuvant or neoadjuvant therapy for patients with sarcoma are conflicting. Previous studies suggest, however, that particular histotypes may be more or less sensitive to particular cytotoxic treatments.

These regimens were chosen based on the “best available evidence.” The authors noted, however, that the latter 2 histotype-guided regimens were based on weaker data than the former 3.

Of the 287 included patients, 145 were randomly assigned to standard chemotherapy and 142 to histotype-guided chemotherapy.

The third futility analysis was conducted at a median follow-up of 12.3 months. Disease-free survival projections for 46 months were 62% in the standard cohort and 38% in the histotype-guided cohort.

Fifteen deaths were reported in the experimental group vs 6 in the standard chemotherapy group, though none were treatment-related.

The authors concluded that while these results did not show a benefit for patients receiving histotype-guided therapy, the “search should go on” for better guided treatments. 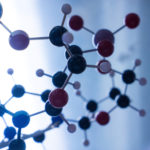