Trabectedin plus doxorubicin can prolong progression-free survival (PFS), when compared with doxorubicin alone, in patients with advanced leiomyosarcoma, according to a phase 3 trial published in The Lancet Oncology.

Adding trabectedin to doxorubicin doubled the median PFS, improved the objective response rate, and prolonged the duration of response in this trial.

In the overall cohort, the median age at baseline was 61 years, and 90% of patients had metastatic disease (n=131). Most patients (n=83) had soft tissue leiomyosarcoma, but 67 had uterine leiomyosarcoma.

Patients could undergo surgery after 6 cycles of treatment. There were 15 patients in the combination arm and 6 in the monotherapy arm who had surgery.

The objective response rate was 36% with trabectedin-doxorubicin and 13% with doxorubicin alone. The disease control rate was 91.9% and 78.9%, respectively.

There was 1 treatment-related death in the doxorubicin-alone arm (due to cardiac failure). There were none in the combination arm.

“Doxorubicin plus trabectedin in first-line therapy was found to significantly increase progression-free survival in patients with metastatic or unresectable leiomyosarcomas compared with doxorubicin alone, despite higher but manageable toxicity, and could be considered an option for the first-line treatment of metastatic leiomyosarcoma,” the researchers concluded.

Disclosures: This study was supported by PharmaMar. Some study authors declared affiliations with biotech, pharmaceutical, and/or device companies. Please see the original reference for a full list of disclosures. 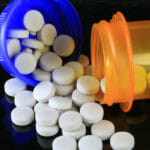