A study published in the Journal of Clinical Oncology provides new insight into the genomic landscape of rhabdomyosarcoma and suggests that treatment stratification should integrate molecular features.

“We currently divide rhabdomyosarcoma into 3 different classes based on clinical features: low-, intermediate-, and high-risk groups,” explained Jack F. Shern, MD, lead author of the study and a physician scientist at the National Cancer Institute in Bethesda, Maryland.

In their paper, Dr Shern and colleagues noted that, “beyond PAX-FOXO1 fusion status, no genomic markers are available for risk stratification.”

“Stratifying based on FOXO1 fusions was the first leap,” Dr Shern said. “Now, what we’re saying is that there must be other subgroups that can be defined molecularly.”

Dr Shern and colleagues performed DNA sequencing on tumor samples collected from 641 patients who were enrolled in Children’s Oncology Group trials (COG cohort) and in malignant mesenchymal tumor and RMS2005 trials in the United Kingdom (UK cohort) from 1995 through 2017.

The researchers analyzed mutations, indels, gene deletions, and amplifications and correlated the findings to survival outcomes.

RAS pathway mutations were common in fusion-negative tumors (56%). Fusion-positive tumors most frequently had focal amplifications of CDK4 (13%) or MYCN (10%).

There were 17 tumors that harbored a MYOD1 mutation, with 15 of those tumors observed in the head, neck, or parameningeal region. All MYOD1-mutated tumors also contained additional mutations, “most notably PIK3CA and CDKN2A,” according to the researchers.

Patients with MYOD1-mutated tumors had a “dismal” prognosis, despite 23% being initially identified as low risk and 65% as intermediate risk, the researchers noted.

“Patients with MYOD1 mutations are a good example of a patient group we clearly need to do better for,” Dr Shern said. “All did uniformly poorly, irrespective of what initial risk group they were in. We would suggest these patients should be pulled out and be upgraded to some sort of ultra-high-risk category because they really uniformly did badly.”

Implications and Next Steps

All upcoming Children’s Oncology Group trials for rhabdomyosarcoma will now incorporate molecular profiling of tumors, with the hope of collecting more information to inform treatment stratification, according to Dr Shern.

Some of the mutations identified in the current study may be targetable using treatments that are already available, providing potential additional treatment stratification opportunities, according to Dr Shern.

“FGFR4 is a perfect example, as we know there’s a subset of patients that have a mutation in that kinase and we know it’s an oncogenic driver,” Dr Shern said. “There are medicines that drug companies have made against FGFR4, although, so far, they’re not specific to the mutation that is present in rhabdomyosarcoma, but it is potentially very interesting.”

Another potential application of the current findings might be reducing therapy for truly low-risk patients.

“If you took the current low-risk group and you removed anyone that had a MYOD1 mutation or a TP53 mutation, the survival rate would be 100% or very close,” Dr Shern said. “So now you can start to think about whether you could even scale back the therapy that the lowest group gets while maintaining the same outcomes and reducing long-term toxicities.”

Disclosures: This research was supported by government and other grants. Some study authors declared affiliations with biotech, pharmaceutical, and/or device companies. Please see the original article for a full list of disclosures. 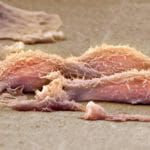