Among patients with soft tissue sarcomas, those who received doxorubicin cumulative doses greater than 450 mg/m2, most of whom also received dexrazoxane, had a low rate of cardiotoxicity, according to the results of a study published in Clinical Cancer Research.

A total of 509 patients (median age, 57 [range, 29-82]; 58.2% women) were included in the study. Patients were naive to treatment with anthracycline, and their disease status at randomization was metastatic in 422 participants (82.9%) and locally advanced in 87 (17.1%). The participants’ median left ventricular ejection fraction (LVEF) at baseline was 65%.

Patients could receive as many as 8 cycles of doxorubicin 75 mg/m2. The researchers had discretion to administer dexrazoxane before administration of doxorubicin and it was recommended in patients who received 5 or more cycles. Deterioration in LVEF was measured with echocardiogram or multigated acquisition scan and defined as a decrease to less than 50% or a decrease of greater than 10% from baseline value.

The investigators noted that their findings are limited by the relatively short follow-up for cardiac events (median, 28 weeks), and the original trial was not designed to collect detailed cardiac safety data.

“Our study is important as it highlights the safety and feasibility of administering doxorubicin at a dose of 75 mg/m2 to 8 cycles (cumulative dose, 600 mg/m2) with dexrazoxane cardioprotection,” stated the researchers.

Disclosure: This study was funded by Eli Lilly and Company. Some of the authors reported affiliations with Eli Lilly and other pharmaceutical companies. Please see the original reference for a full list of disclosures. 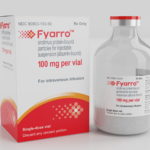