To determine if there is an association between coffee consumption and risk of cutaneous melanoma, Erikka Loftfield, M.P.H., of the Division of Cancer Epidemiology and Genetics, National Cancer Institute, and colleagues used data from the NIH-AARP Diet and Health Study. 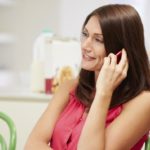