The immunotherapy combination of nivolumab and ipilimumab resulted in meaningful intracranial efficacy that was similar to extracranial efficacy in patients with melanoma with asymptomatic metastases to the brain, according to updated results of the CheckMate 204 trial.1

“To give a sense of how important that is … if you treat breast cancer with chemotherapy, tumors outside the brain will invariably shrink but tumors within the brain do not respond,” said Hussain A. Tawbi, MD, PhD, of the department of melanoma medical oncology at the University of Texas MD Anderson Cancer Center in Houston. “In that case, you have to think about what is happening in the brain and outside the brain, and always prioritize the brain. With this, the clinical outcome showed that you can treat these 2 areas very similarly.”

The open-label, phase 2 study included 94 patients with metastatic melanoma and at least one measurable, nonirradiated brain metastasis with no neurologic symptoms. Patients received 1 mg/kg nivolumab plus 3 mg/kg ipilimumab every 3 weeks for up to 4 doses. The primary outcome was rate of intracranial clinical benefit defined as having stable disease for at least 6 months, partial response, or complete response.

“This is tremendous because you don’t have to treat those patients with any additional treatment to the brain,” Dr Tawbi said. “You don’t have to give them any radiation.”

Of those patients who had a response in the brain, 90% were ongoing at the time of the analysis. Median time to response was 2.3 months. 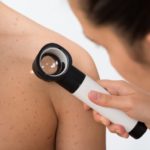