Although the diagnosis of actinic keratosis (AK) has been associated with developing cutaneous squamous cell carcinoma (CSCC), patient age was shown to have a greater association with the long-term development of CSCC, according to the results of a 10-year longitudinal cohort study published in JAMA Dermatology.

The study authors explained that AK develops from sun exposure, and sun exposure is a “key” risk factor for CSCC. “Estimates of the risk of CSCC after AK diagnosis have been based on short-term studies,” they proposed as a rationale for conducting the study.

The retrospective cohort study included 220,236 patients with AK and 220,236 matched patients without a diagnosis of AK. Patients were followed for up to 10 years, and clinical information was extracted from electronic medical records.

“The results of this longitudinal cohort study can be used to develop recommendations to increase early detection of CSCC,” the study authors concluded. They added that “Additional research is needed to understand the effect of AK treatment on the CSCC risk and outcomes of CSCC.” 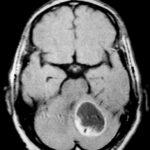 Past Decade Has Seen Improved Outcomes in Melanoma Brain Metastasis