In a study of mice with melanoma, scientists from the University of Pennsylvania (Penn) in Philadelphia, found that chemotherapy shrank more tumors when combined with exercise.

Senior author Joseph Libonati, an associate professor in Penn’s School of Nursing, and colleagues were originally trying to find out if exercise could protect cancer patients against the heart damage that can result from use of the common cancer drug doxorubicin.

Although the drug is effective against a variety of cancers, one of its side effects is the potential damage it can do to heart cells. In the long term, this can cause heart failure. 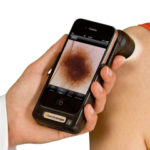