Researchers in Australia found higher rates of melanoma diagnosis, particularly in situ melanoma, and skin biopsies among people who had undergone skin screenings. These findings were reported in a study recently published in the British Journal of Dermatology.

Early detection has been touted as a method to decrease morbidity and mortality associated with cutaneous melanoma, the researchers explained in their report. However, greater surveillance could result in overdiagnosis of indolent melanomas that do not have lethal potential, with patients possibly experiencing overtreatment and other effects.

Using a population-based registry, the researchers randomly identified adults aged 40 to 69 years residing in Queensland, Australia, to participate in this prospective study, called the QSkin Study. Included participants did not have a previous history of melanoma. Participants completed a survey at baseline regarding melanoma risk factors and any history of skin screening by physicians during the prior 3 years. The researchers examined participants’ data in a cancer registry to evaluate incidence of melanoma diagnoses in years 2 to 7 after enrollment and data from Australia’s Medical Benefits Schedule (MBS) to evaluate biopsy rates.

A total of 38,682 participants completed a baseline survey, with 35,825 consenting to use of their data from the MBS. Most participants (73%) who completed the baseline survey indicated they had undergone skin screenings performed by physicians during the 3 years prior. Among the participants included in the analysis of MBS data, 9% underwent at least 1 skin biopsy during the first year of follow-up.

Data from this study support the hypothesis that overdetection may be occurring with skin screenings. “Whether detecting those additional melanomas confers a mortality benefit remains an open question,” the researchers concluded. 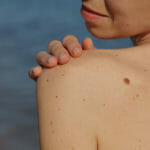