A little less than one-third of patients with stage III/IV melanoma treated with a single-agent PD-1 drug at Memorial Sloan Kettering Cancer Center from 2009 to 2018 experienced disease relapse at 3 years after discontinuing treatment as a result of a complete response.1

The retrospective study analyzed 396 patients with melanoma treated at the institution who stopped treatment and had at least 3 months of follow-up. Of these patients, 25.8% had a complete response to single-agent anti–PD-1 therapy.

“There are many factors contributing to the desire to discontinue therapy, including risk of significant late toxicity, economic burden of long-term treatment, and quality-of-life concerns,” the researchers wrote. “A significant minority of patients who experience a complete response will ultimately relapse.”

Researchers found that complete response was associated with M1b disease and cutaneous compared with mucosal or acral primary tumors.

The researchers also retreated several patients who had disease progression after treatment discontinuation. Response was seen in 5 of 34 patients retreated with single-agent PD-1 and 11 of 44 patients given anti–PD-1 plus ipilimumab.

In an editorial published with the study, Michael A. Davies, MD, PhD, of University of Texas MD Anderson Cancer Center, wrote that based on these data and data from other studies looking at treatment cessation, criteria for stopping treatment “could be improved and merits additional investigation.”2 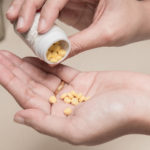