In just the past few years, advances in the treatment of metastatic melanoma have drastically improved both overall and progression free survival for patients. But the sudden and increasing array of immunotherapy and targeted therapy possibilities, and their potential adverse effects, creates complicated questions and considerations for practitioners devising treatment strategies for individuals.

In 2011, the U.S. Food and Drug Administration (FDA) approved 2 classes of drugs that radically altered the treatment landscape, and outcomes, for patients with melanoma. The first type is checkpoint inhibitors, such as ipilimumab and nivolumab, which harness the immune system’s natural ability to fight cancer by blocking either the CTLA-4 or PD-1 checkpoints. The other type is targeted therapy agents, beginning with vemurafenib, which inhibit the molecules driving tumor growth in patients with the BRAFV600E mutation.

The developments were, as a paper that same year called them, “spectacular.”1

“Never was there a more exciting period in the world of melanoma treatment,” the authors wrote.

Practitioners today say much the same.

“Immunotherapy really does hold great promise,” said Anthony Olszanski, MD, RPh, of the Fox Chase Cancer Center in Philadelphia, Pennsylvania. “We are now finding out we can — with dual-inhibition immune therapy — we can actually benefit the majority of patients, with response rates in excess of 60%…And that’s really remarkable given the fact that we had nothing like that before 2011.”

By 2014, the FDA had approved the targeted therapy drugs dabrafenib, which inhibits the B-Raf enzyme, and trametinib, which functions on the MEK protein, causing decreased cancer cell signaling and proliferation in BRAF-mutation positive patients.

“The BRAF and MEK inhibitors,” Dr Olszanski said, “were also revolutionary in the treatment of melanoma because we recognized that we had targets that we could go after with these small molecules.”

But only about half of patients harbor BRAF mutations. And, Dr Olszanski added, “we also recognized that the vast majority of patients would eventually relapse.”

Both limitations may eventually be overcome, as Dr Olszanski noted in a 2015 article: “important research continues on the molecular basis of melanoma, and new targets are likely to emerge.”2 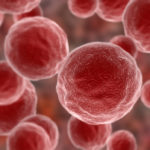 Acquired and Lost BRAF/MEK Resistance in Melanoma: A Prospective Study