Among a small group of patients with resectable Merkel cell carcinoma (MCC) treated with only 4 weeks of neoadjuvant nivolumab (anti–PD-1), about one-half of individuals achieved a pathologic complete response (pCR) and one-half had major radiographic tumor reductions, according to the results of the phase 1/2 CheckMate 358 Trial.

“In Merkel cell carcinoma, anti–PD-1 therapy has been shown to be effective for patients with advanced inoperable tumors,” said study author Suzanne L. Topalian, MD, of Bloomberg-Kimmel Institute for Cancer Immunotherapy and Sidney Kimmel Comprehensive Cancer Center at Johns Hopkins in Maryland. “We have now found that there may be [a] benefit to applying this kind of therapy in the neoadjuvant or presurgical setting.”

Thirty-nine patients with resectable MCC received 240-mg nivolumab on days 1 and 15, with surgery planned on day 29. Included patients had stage IIA-IV disease. The median interval between the first nivolumab dose and surgery was 4.3 weeks.

Three patients were not able to undergo surgery: 1 because of tumor progression and 2 because of adverse events.

“We think the results are very promising,” Dr Topalian said. “Compared to studies of this kind in other cancer types, these response rates are high.”

According to Howard L. Kaufman, MD, of Harvard Medical School, the concept of using immunotherapy in the neoadjuvant setting is a bit of a different treatment hypothesis than simply moving these therapies into the first-line.

“It really attempts to use the tumor before it is resected, as a source of potential antigens to try to help get an immune reaction,” Dr. Kaufman said. “The question is if early use of nivolumab when the primary cancer is still in place could add benefit for patients.”

The pCR rates in this trial are impressive, he said, and much higher than those seen in neoadjuvant studies of immune checkpoint blockade in melanoma and non-small cell lung cancer. However, there are some caveats to the research, he added. 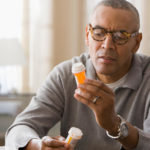