A new mechanism for targeting treatment resistance in BRAF-mutant melanoma was identified in a study, which was published in Nature Medicine.

Researchers led by Bin Zheng, PhD, of Massachusetts General Hospital (MGH) in Boston, report that loss of the tumor suppressor genes stromal antigen 2 (STAG2) and STAG3 in BRAF-mutant melanoma cells is the mechanism that allows them to resist BRAF-inhibitor therapies.1 Reactivating these genes increases sensitivity to BRAF inhibitors.

“The immediate translational implication of our findings is that STAG2 and STAG3 could be used as biomarkers to predict which melanoma patients are likely to achieve a clinical benefit from BRAF-targeted therapies,” said Dr Zheng in an email to Cancer Therapy Advisor. “They can be also used as potential biomarkers to monitor the development of drug resistance of patients prior to relapse, so that other therapeutic options could be considered.”

Dr Zheng and colleagues performed whole-exome sequencing of tumor samples taken from patients before treatment and after the tumors developed resistance to vemurafinib, a BRAF inhibitor. Novel mutations in the resistant samples with mutations known to be associated with cancer development were compared, and a mutation in STAG2 was identified.

STAG2 and the related genes, STAG1 and STAG3, encode subunits of the cohesin complex, which regulates chromatid cohesion during the prophase and prometaphase of cellular division. Mutated cohesin complex genes including STAG2 are implicated in several cancer types.

Tumor samples from patients who had acquired resistance to vemurafinib and resistant melanoma cell lines had “loss-of-function” mutations in STAG2, as well as decreased expression of STAG2 or STAG3 proteins.

When the researchers reduced the expression of STAG2 or STAG3 in treatment-resistant melanoma cells via a process called gene knockdown, they observed decreased sensitivity to vemurafinib. Loss of STAG2 inhibited the expression of dual specificity phosphatase 6 (DUSP6), an enzyme that plays a role in regulating the mitogen-activated protein kinase (MAPK) signaling pathway, which is involved in cell division.

Increasing the expression of either STAG2 or STAG3 in resistant melanoma cells increased the effectiveness of vemurafinib.

RELATED: A Call for a New Collaboration to Cure Melanoma

“We are attempting to identify vulnerabilities of STAG2 and STAG3 mutant melanomas, to develop new approaches to target these tumors,” he said. “Our ongoing studies will hopefully provide new insight into preventing BRAF-inhibitor resistance and treating tumors that have become resistant. In addition to target potential therapeutic vulnerabilities associated with loss of STAG2 and 3, our work suggests targeting ERK directly might also be promising.” 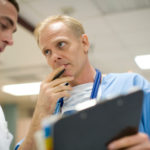 A Call for a New Collaboration to Cure Melanoma