A 1-time total-body skin examination (TBSE) as part of a screening program for the general population may be the most cost-effective strategy and reduce skin cancer mortality over 20 and 50 years, according to a study published in JAMA Dermatology.1

Researchers evaluated 1668 cases of TBSE as well as 248 cases of lesion-directed screening (LDS) to determine the cost-effectiveness of these 2 population-based methods. They calculated for cost-effectiveness, which was defined as the societal perspective, and budget effect, which was defined as the public health care payer perspective, through a statistical Markov model that included a latent period of 20 years in addition to a time horizon of 50 years.

The Markov model found that the 1-time screening resulted in an estimated 4% decrease in the incidence rate of stage 3 or 4 melanoma compared to a screening scenario that didn’t have a program. Upon budget effect analysis, the study found that 1-time screening per adult would also produce a net cost of €4.1 ($4.40) for TBSE and €0.7 ($0.80) for LDS.

Both programs also had a “modest” effect on reducing mortality from skin cancer, with a 5.6% reduction with TBSE as well as a 1% reduction with LDS compared to a non-program scenario. 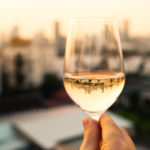