In a trial of patients with resected stage 3 melanoma, treatment with ipilimumab was shown to reduce the risk of disease recurrence by 25% compared with placebo, but questions remain about the drug’s toxicity and overall value in the adjuvant setting.

More than half of ipilimumab-treated patients withdrew from the trial because of adverse events and five died as a result of drug-related causes.

The trial, which was presented at the recent American Society of Clinical Oncology (ASCO) Annual Meeting, randomly assigned 951 patients to receive either ipilimumab 10 mg/kg or placebo every 3 weeks for four doses, then every 3 months for up to 3 years or until disease recurrence.1

“This study met its primary endpoint of a significant improvement in relapse-free survival with 10 mg/kg ipilimumab versus placebo,” said Alexander Eggermont, MD, PhD, director general of the Gustave Roussy Cancer Campus Grand Paris in France and the study’s principal author. Others were quick to point to the high rate of serious adverse events in ipilimumab-treated patients, which included gastrointestinal, thyroid, pituitary, and dermatologic events. Three patients died of colitis, one of myocarditis, and one of Guillain-Barré syndrome.

Dr. Eggermont acknowledged that ipilimumab treatment was associated with a high rate of adverse events. “Grade 3 and 4 events were experienced by 42% of patients,” he noted. Although most ipilimumab-related adverse events are manageable, Dr. Eggermont explained, serious effects on the endocrine system, especially the pituitary and adrenal glands, may require years of hormone replacement therapy.

“This study shows that ipilimumab shows activity in the adjuvant setting,” said Steven O’Day, MD, clinical associate professor of medicine at the Keck School of Medicine, “but the delay of about 10% a year is similar to what we see with other drugs. I think it is very important that we see the overall survival with the study as well as its direct comparison with interferon before we come to determine the role of ipilimumab in the adjuvant setting.”

The 10 mg/kg ipilimumab dose used in this trial is substantially higher than the 3 mg/kg dose recommended in the product labeling. 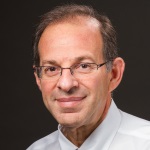 Mario Sznol, MD, professor of medicine at Yale Cancer Center, who has conducted trials of ipilimumab for metastatic melanoma, suggested that toxicities associated with a dose of 10 mg/kg can generally be managed effectively by experienced clinicians. “However, in the adjuvant setting the risk/benefit ratio of 10 mg/kg may not be acceptable to many clinicians,” he said. “The 3 mg/kg dose currently being tested in ECOG 1609 will probably show no major difference in efficacy compared to 10 mg/kg, and it’s likely it will have a better toxicity profile than the higher dose.”

“If the 3-mg dose is similarly active in the adjuvant setting, I believe ipilimumab would be preferred over interferon,” Dr. Sznol said, “but until such studies are conducted, interferon remains the standard of care.”