(HealthDay News) – The hazard rates (HRs) for recurrent and secondary cutaneous melanoma (CM) after incident stage IA melanoma are low, while the HRs of recurrence after incident stage IB, II, and III CM are high, according to a study published in the January issue of the Journal of the American Academy of Dermatology.

Ulrike Leiter, MD, from the Eberhard Karls University in Tübingen, Germany, and colleagues investigated the stage- and time-dependent HRs for recurrent and secondary CM. From 1976 through 2007, the German Central Malignant Melanoma Registry recorded follow-up data for 33,384 patients with incident CM in stages I to III. HRs and Kaplan-Meier estimates of survival were calculated. A total of 4,999 patients had recurrences (7.1, 32.8, 51.0% in stage I, II, and III, respectively).

“We propose that patients at high risk with [a] HR of more than one recurrence per 40 persons per year should be considered in an intensified follow-up schedule,” the authors write. 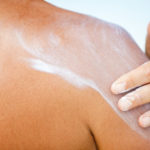