As medications progress through the clinical development process, collection of safety data is one of the many vital components taken into consideration when evaluating a drug for formal approval.

Many of the side effects will not become more apparent until after the drug’s approval, which is determined during phase 4 postmarketing surveillance. After a certain number of years of exposure in the general population, many medications have data analyses performed in order to identify any unanticipated adverse events. One such example is sildenafil, which is a phosphodiesterase (PDE) 5A inhibitor commonly used in pulmonary arterial hypertension and in men with erectile dysfunction (ED).

Sildenafil inhibits PDE 5A which causes increased levels of cyclic guanosine monophosphate (cGMP) leading to relaxation of smooth muscle within the corpus cavernosum and improved blood flow.1 PDE 5A and cGMP have both been implicated in the RAS/RAF/MEK/ERK molecular pathways, which have been shown to play a role in the development of melanoma.2

Within these pathways, limiting the degradation of cGMP leads to an increased ability of melanoma cells to invade and metastasize.2 Therefore, it has been hypothesized that sildenafil use may support a pro-oncogenic environment leading to an increased risk of melanoma.

The prescribing information for sildenafil does not list melanoma as one of the common adverse reactions identified during their premarketing clinical trials.1 As is done with almost all medications being evaluated for approval, preclinical studies were performed to identify any possible carcinogenic properties of the medication. Sildenafil had no carcinogenic properties identified in preclinical studies performed in mice and rats using the equivalent of much higher doses than humans are currently prescribed.

Recently, a prospective cohort study was published by Li and colleagues that evaluated the risk of certain types of skin cancer (melanoma, squamous cell, basal cell) associated with sildenafil use.2 This study included over 25,000 males in the United States. No associated increased risk of basal cell carcinoma or squamous cell carcinoma was found, however, there was an increased risk of melanoma.

There was no association between development of melanoma and severity of ED. The increased risks observed in this study persisted when controlling for family history, sun and UV exposure, and geographic location. Unfortunately, this study did not have data on the total exposure to sildenafil as quantified by either total dosage or frequency or include other PDE inhibitors such as vardenafil or tadalafil.

Both the molecular pathways involved in melanoma and discussed in the Li and colleagues study raise some interesting questions regarding the association between sildenafil use and the risk of melanoma. As the US population continues to grow older, there will undoubtedly be more exposure to PDE 5A inhibitors which may lend additional data to the Li study including mortality and morbidity information.3

When sildenafil eventually becomes available as a generic formulation, it may too increase exposure because many medication insurance plans do not currently cover its use and it is relatively expensive, which may prevent some patients from using it. Besides the patients who have legally used sildenafil, there is most likely a substantial part of the population who purchase the medication illegally overseas or over the Internet and have not been included in studies such as Li’s.

In the future, it may be interesting to conduct studies evaluating the risk of melanoma with vardenafil and tadalafil, since the class effect would be expected to be similar; however, each medication has a different pharmacokinetic profile. 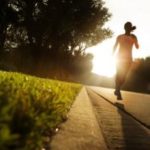 In Mice with Melanoma, Exercise Boosts Effectiveness of Doxorubicin