There is an imbalance of the skin microbial community composition when comparing healthy skin to squamous cell carcinoma (SCC) but no imbalance in the comparison between healthy skin and pre-malignant actinic keratosis (AK), according to study findings published in The Journal of Investigative Dermatology. Microbial community shifts unique to AK and SCC were found, however.

Skin cancer risk factors that include immune suppression, chronic inflammation, and antibiotic usage imply that the skin microbial community may also be a cancer risk factor and possibly an indicator of skin cancer, the investigators stated. They sought to compare a healthy skin microbiome with SCC and AK, with the goal of characterizing the differences between a healthy microbiome and one associated with skin cancer.

The analysis revealed an increase in Staphylococcus aureus in SCC vs healthy skin and a decrease in Cutibacterium acnes in the same comparison. Researchers said this indicated changes that were associated with the progression of the disease in the skin microbiome. There was no increase noted in such unique species when comparing AK and healthy skin.

Linear discriminant analysis was used to characterize microbes associated with SCC or AK. The possible existence of an antagonistic relationship was examined in S aureus and C acnes. Differentially prevalent genes were identified, and differences in the overall population of gene families were compared between healthy skin and SCC. No differences were noted between healthy skin and AK.

The researchers also investigated the possibility of predicting the disease progression from healthy skin to AK to SCC, which they believed most likely to be found in overlapping gene families that resulted from the surging S aureus.

No study limitations were reported. However, researchers stated that their data was correlative, generating no cause or effect answers relating to the progression of SCC. They also indicated that their characterization of the SCC and AK skin microbiome can be used to inform future SCC studies.

The researchers concluded that their study, “revealed a transitional microbial dysbiosis from healthy skin to AK to SCC, supporting further investigation of the skin microbiome for use as a biomarker and providing hypotheses for studies investigating how these microbes might influence skin cancer progression.” 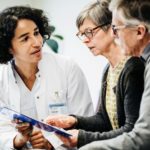