According to analyses of prospectively collected data for white women included in the Nurses’ Health Study (NHS) and NHS2, there was an increased risk of nevi on the limbs of taller compared with shorter women that was associated with an increased risk of invasive melanoma. These findings were published in the Journal of the American Academy of Dermatology.

Although previous studies have reported a higher risk of invasive melanoma in taller persons, the magnitude of risk varied across studies. Furthermore, although an association between increased height and a higher nevus count has been previously proposed, epidemiological studies evaluating this association are lacking. The aim of this analysis was to explore these associations using data from NHS and NHS2.

US-based female registered nurses included in NHS and NHS2 were aged 30 to 55 years and 25 to 42 years at study enrollment, respectively, and all study participants completed self-administered questionnaires at baseline regarding their physical characteristics, medical histories, and exposures to a broad range of lifestyle factors that were updated every 2 years. Women with a diagnosis of cancer, excluding nonmelanoma skin cancer, were excluded from those studies, as were women of nonwhite race, given their lower risk of skin cancer.

In commenting on these findings, the study authors posited that “one possible mechanism is that taller people may have a larger skin surface area, which means that more cells are at risk of malignant transformation. Other postulated explanations focus on the link between height and certain early-life exposures such as nutritional status, stress, and severe disease during childhood.”

Furthermore, on multivariable analyses that adjusted for potential confounding factors, the proportion of excess melanoma risk associated with each 10-cm increase in height that was attributable to nevus count was determined to be 8.03% and 10.22% in the NHS and NHS2, respectively.

“Our study among white female nurses provides further evidence that increased height is associated with elevated risk of melanoma. Taller people tend to have more nevi on their limbs, and nevus count appeared to be a significant explanatory factor in the association between height and melanoma. Additional research involving a range of pre-adult exposures and genetic epidemiological studies designed to estimate shared heritability and identify markers of pleiotropic effects may help clarify the underlying mechanisms,” the researchers concluded. 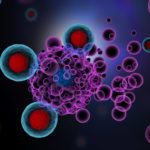 Melanoma Risk and Biologic Therapy: Is There a Link?