The researcher at the Neurosciences Institute, Joint Center of the University Miguel Hernandez (UMH) in Elche and the Higher Council for Scientific Research (CSIC), Berta Lopez Sanchez-Laorden co-authored a study that concluded that sunscreens do not protect totally against the development of skin cancer. 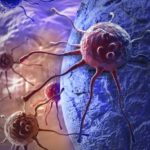