Parents of children diagnosed with cancer are likely to have long-lasting income reductions, regardless of sociodemographic factors before diagnosis, according to a population cohort study published in Cancer.1 The study indicates these hardships are twice as difficult for mothers.

It has previously been reported that up to half of parents of children with cancer stop working after the diagnosis. To identify factors that render some parents particularly vulnerable to financial loss after a cancer diagnosis, researchers identified 1881 mothers and 1745 fathers of 1899 children diagnosed with cancer at 18 or younger.

A match controlled group consisted of 34,874 parents; 10 control families were analyzed for every 1 family of a child diagnosed with cancer.

A mother’s income reduction, furthermore, persisted for twice as long as that of the average father’s (6 vs 3 years). Mothers were also more likely to stop working after diagnosis. Sociodemographic factors before diagnosis did not affect these results.

According to the study’s authors, these results indicate which parents are likely to be in need of financial assistance after a child is diagnosed with cancer, though the findings may apply to other illnesses. 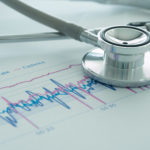 Cardiac Side Effects May Occur With Immune Checkpoint Inhibitor Combination