Androgen deprivation therapy (ADT) for the treatment of prostate cancer may be associated with an increased risk for dementia, according to a study published in JAMA Oncology.1

Researchers led by Kevin Nead, MD, MPhil, of Stanford University School of Medicine in California conducted a cohort study of 9272 men with prostate cancer who were analyzed for their electronic medical record data using a text-processing method.

The researchers found a statistically significant association between ADT use and risk for dementia, with similar results when excluding patients with Alzheimer disease upon sensitivity analyses.

Patients undergoing ADT who were 70 years or older had the highest cumulative probability of developing dementia, according to Kaplan-Meier analysis. 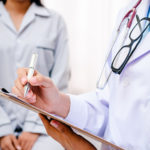