The A allele of the single nucleotide polymorphism (SNP) rs28714259 was associated with an increased risk for developing anthracycline-induced congestive heart failure (CHF) in women with breast cancer, according to a release.1

To evaluate associations between SNPs and cardiotoxicity associated with doxorubicin, investigators analyzed genome-wide association data from 3431 women with breast cancer who received doxorubicin while enrolled in the phase 3 Eastern Cooperative Oncology Group (ECOG) 5103 clinical trial. Among these, 2% had CHF.

Researchers identified several SNPs associated with anthracycline-related CHF and selected 2 of the top SNPs for validation in independent data sets.

This study has 2 key limitations: because not all of the clinical trials used the same criteria for evaluating cardiotoxicity, and the number of patients with anthracycline-induced cardiotoxicity was relatively low, additional studies in other patient groups and in the “real-world” clinical setting are necessary to validate these findings. 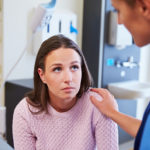 Lower Risk of Peripheral Neuropathy With Lenalidomide In Myeloma