Dusquetide reduces the duration of severe oral mucositis (OM) by up to half, according to the results of a phase 2a study accepted for publication in the Journal of Biotechnology.1

OM is almost ubiquitous among patients with head and neck cancers, and the condition is severe in nearly 75% of patients with OM. The authors estimate that severe OM increases care-related costs by about $18,000 per patient.

In animal models, dusquetide reduced the duration of OM by about 50%; for the present study, researchers tested the efficacy of OM among human patients.

Among 96 evaluable patients of the 111 enrolled to this study, those who received dusquetide had severe OM for an average of only 9 days, as opposed to 18 days for those who received placebo. The drug did not impair tumor response to anticancer treatment.

Adverse events were similar in both groups.

The authors conclude that preclinical models were indicative of results in human participants. Dusquetide is efficacious for reducing OM duration and was well-tolerated by patients with head and neck cancer. 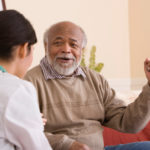