SAN DIEGO—Potency is preserved in half of men a decade after prostate brachytherapy, researchers revealed at the 2016 American Urological Association meeting. Pre-treatment erectile function (EF), patient age, and use of neoadjuvant hormone therapy (NHT) appeared to influence long-term EF after radioactive seed implantation.

To determine the effect of brachytherapy on potency, Nelson Neal Stone, MD, and Richard G. Stock, MD, of The Icahn School of Medicine at Mount Sinai in New York, prospectively assessed EF in 1,754 men (median age 66 years) for an average 10 years after treatment.

Patients received implant alone; implant plus NHT, or external beam radiation treatment (EBRT); or implant plus NHT and EBRT. EF was assessed by both the Mount Sinai Sexual Function Inventory (MSSFI) and Sexual Health Inventory for Men (SHIM). The researchers compared patients’ pre-implant EF scores with their scores at years 2, 5, and at one point during years 5–20 following brachytherapy. Factors such as age, radiation dose, NHT (median 6 months), testosterone level, and pre-treatment EF were investigated.

Results showed that adequate EF sufficient for penetration (defined as MSSFI score 2–3 and SHIM score 17–25) was preserved in a high percentage of younger men, especially when no NHT was administered.

Three-quarters of men younger than 60 who had normal pre-treatment EF and no NHT continued to have adequate EF for penetration 10 years after brachytherapy. In addition, 41.6% of those initially treated with implant at age 70 (with no NHT) were estimated by Kaplan Meier methodology to be potent into their 80’s. Radiation dose and testosterone level did not appear to have an impact. 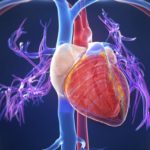