Immune checkpoint inhibitors are dramatically changing the treatment paradigm for many cancers, though the scope of associated immune-related adverse events (irAEs) is still being determined.

The characterization of irAEs associated with immune checkpoint inhibition continues to improve as more patients across multiple tumor types are treated. Data from clinical trials suggest that most patients will experience an irAE — up to 90% — though less than 75% may be more accurate with ipilimumab and 30% or less with PD-1/PD-L1 inhibitors.1

irAEs most commonly affect the skin, gastrointestinal tract, lungs, and the endocrine and musculoskeletal systems. Serious irAEs are less frequent, but can be life-threatening and may affect the cardiovascular, neurologic, hematologic, renal, and ophthalmologic systems.

The system affected by irAEs may differ somewhat among tumor types, though any organ system can be involved. Patients with lung cancer, for example, are more likely to experience pneumonitis, whereas colitis appears to occur more often among patients with melanoma.2

The timing of irAE onset can, furthermore, be delayed compared with other anticancer therapies, such as chemotherapy.1 A pattern of timing based on the organ system involved in the irAE associated with ipilimumab has been reported, suggesting that most irAEs of the skin occur first, within 2 to 3 weeks after the first dose, followed by pneumonitis between 8 to 14 weeks after initiation, and nephritis after 14 weeks.3 Immune-mediated colitis and hepatitis generally appear within 5 to 10 weeks after the second dose and 12 to 16 weeks after the third dose of ipilimumab, and endocrinopathies generally occur after 9 weeks after the fourth dose. A temporal pattern is less clear with anti-PD-1/PD-L1 antibodies.

The onset of irAEs, however, varies, and late toxicities have been reported in the literature. According to the Society for Immunotherapy of Cancer (SITC) Toxicity Management Working Group, “clinicians must remain vigilant to the diverse clinical presentations of irAEs and the possibility that patients many present with irAEs late in the course of treatment, and–in some cases–months or even years after treatment discontinuation.” 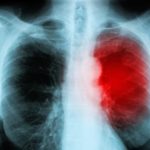 Immunotherapy and the Risk of Myocarditis