Ipilimumab, an adjuvant therapy that inhibits CTLA-4, significantly prolongs overall survival among patients with completely resected stage 3 melanoma, but also carries substantial toxicity, according to a study published in The New England Journal of Medicine.1

Patients who underwent surgery for stage 3 melanoma within the preceding 12 weeks were assigned to receive either placebo or 4 doses of 10 mg/kg ipilimumab for 3 weeks, followed by 4 doses every 3 months for up to 3 years. Only 13% of patients had the complete 3-year treatment; 40% received only the first 4 doses of ipilimumab. The primary endpoint was recurrence-free survival.

Immune-related adverse events occurred in 41.6% of patients who received ipilimumab, compared to just 2.7% of the placebo cohort.

Five patients died due to adverse events that were attributed to ipilimumab. Three patients died from colitis, 1 died from myocarditis, and 1 from multiple organ failure associated with Guillain-Barré syndrome, an immune disorder affecting the peripheral nervous system. 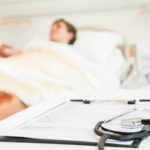