Autoimmune hemolytic anemia (AIHA) is a rare cause of hemolysis precipitated by antibodies directed against blood group antigens. These antibodies are most commonly IgG, and react with proteins on the surface of red blood cells at normal body temperature (warm agglutinins). Rarer cases of the disease are caused by IgM autoantibodies, which bind to red cell surfaces only at temperatures lower than normal body temperature (cold agglutinins). The majority of cases of AIHA are idiopathic (primary AIHA) in that the only evidence of disease is hemolysis and the presence of autoantibodies or complement on red blood cells.

Secondary AIHA can be due to:

Patients with AIHA typically present with a range of symptoms. These are common to any anemia and include, depending on the severity of anemia, pallor, fatigue, dyspnea, angina, tachycardia, tachypnea, and heart failure. With brisk hemolysis, AIHA can produce jaundice and on rare occasions dark urine (hemoglobinuria). Splenomegaly can occur in chronic disease, leading to left upper quadrant abdominal discomfort and fullness.

Unique to cold agglutinin disease is acrocyanosis. Distal body parts (fingertips, toes, nose, ears) can turn blue after exposure to the cold due to autoagglutination of red blood cells in the small capillary beds of these exposed locations.

It is important to consider AIHA in any patient with an acquired anemia. Laboratory evidence of red cell destruction is typically present (elevated LDH and indirect hyperbilirubinemia; decreased haptoglobin), and shortened red cell survival (reticulocytosis). A positive direct antiglobulin test (Coomb’s test) will reveal the presence of IgG and/or C3 on the surface of red blood cells. If the red cell destruction is very brisk and evidence of hypoperfusion exists, the patient will require supplemental oxygen and possibly urgent transfusion with the “least incompatible” available red blood cells. In almost all cases, a positive direct antiglobulin test is the
sine qua non for diagnosis of AIHA. A detailed history is essential for determining primary versus secondary AIHA. A history must include recent infections, transfusions, and exposure to drugs, as well as signs, symptoms, or previous diagnoses of autoimmune disease or malignancy.

The most common findings are spherocytosis (due to phagocytosis of portions of antibody-coated red cell membranes) and polychromasia (due to reticulocytosis). Nucleated red blood cells and schistocytes (red cell fragments) can be seen with severe AIHA.

A direct antiglobulin test (DAT or direct Coomb’s test) is performed by mixing rabbit anti-sera, the Coomb’s reagent, which contains antibodies to human globulins including IgG and complement, with patient red blood cells. Agglutination of red blood cells indicates the presence of one of these proteins on the red cell surface. In a positive test, more specific antibodies are used to identify whether IgG, complement (C3), or both are present on the red cells. In warm agglutinin disease, either IgG alone or IgG and complement may be identified, whereas in cold agglutinin disease C3 is the protein identified by the DAT.

An indirect antiglobulin test (IAT or indirect Coomb’s test) is performed by combining a patient’s serum with a panel of donor red blood cells prior to mixing with the Coomb’s reagent. If the patient has circulating antibodies reactive with donor red cells, agglutination will result after addition of the Coomb’s reagent. This test is used in transfusion medicine to determine whether patients have red cell alloantibodies from prior transfusions or pregnancy that would affect transfusion compatibility.

The diagnosis of warm antibody AIHA is established by:

The diagnosis of cold antibody AIHA is established by:

The only other common clinical entity presenting with hemolysis and a positive Coomb’s test is a delayed hemolytic transfusion reaction. However, indirect Coomb’s testing and red cell eluate testing should identify an antibody directed against a specific red cell major or minor blood group antigen.

A direct Coomb’s test should always be performed when there is laboratory evidence of hemolysis. This test is highly sensitive and specific; it is positive in over 99% of patients with the syndrome and less than 1% of the asymptomatic general population.

In patients with severe hemolysis, multiple transfusions may be necessary to maintain adequate oxygen delivery. In cases of cold agglutinin disease, transfused blood should be administered through a blood warmer.

Initial response to transfusion may be poor as hemolysis of both transfused and autologous cells continues during transfusion.

Response to steroid therapy should occur within 24-72 hours of initiation. Acutely, the expectation is reduction in hemolysis, not resolution. Ultimately, most patients will have cessation of hemolysis. Relapses are not uncommon. Disease monitoring occurs by following hemoglobin level, reticulocyte count, and LDH.

Incorrect diagnoses in the setting of hemolysis and a positive direct Coomb’s test are uncommon. Some patients may have hemolysis and a coincidental positive direct Coomb’s test; however, hemolysis may be unrelated to immunologic causes, as in disseminated intravascular coagulation, thrombotic thrombocytopenia purpura, valvular heart disease or hereditary spherocytosis. In these cases, the underlying process causing hemolysis is not immunologic, and the Coomb’s test may be positive without pathologic significance.

The patient should be followed by a hematologist until resolution of hemolysis. Continued evaluation may reveal an underlying disease process, manifested initially by AIHA.

Antibodies responsible for this syndrome are typically IgG antibodies against protein antigens on the red cell surface. This interaction occurs at body temperature, hence the name “warm” autoantibodies.

Antibodies produced in AIHA only react to proteins on the surface of RBCs. In primary AIHA, they are typically specific for a single protein, suggesting an underlying abberrant immune response to a self antigen or a foreign antigen very similar to a self protein. Defective immune regulation may lead to the antibody production in secondary AIHA, as in patients with lymphoma. RBC destruction is mediated by these autoantibodies, which occurs by phagocytosis or complement-mediated lysis.

Phagocytosis occurs primarily in the cords of Billroth in the spleen. There, macrophages with Fc receptors and complement receptors bind IgG and complement present on the surface of affected RBCs. This process can occur, to a lesser extent, by Kupffer cells in the liver as well. Macrophages can completely or partially ingest RBCs. Partially ingested RBCs lose more cell membrane than cell volume. This leads to spherocyte formation, as a sphere has the lowest surface area to volume ratio. Spherocytes are less flexible than normal red blood cells and can be destroyed subsequently in the spleen. Intravascular complement-mediated lysis occurs infrequently in warm AIHA as most IgGs do not efficiently fix complement.

Antibodies responsible for this syndrome are typically IgM antibodies against polysaccharides on the red cell surface. This reaction is only observed at temperatures below body temperature and so designated “cold” autoantibodies. IgG antibodies are rarely implicated in this process (an exception would be IgG Donath-Landsteiner autoantibodies present in Paroxysmal Cold Hemoglobinuria). Each IgM can bind two red blood cells, requiring a smaller number of antibodies than IgG for in vitro agglutination to be apparent.

Phagocytic cells do not have IgM receptors, so much of hemolysis due to cold autoantibodies is due to complement-mediated lysis. When red blood cells and the responsible IgM are present at sufficiently cold temperatures (usually in the distal extremities, nose, and ears), the autoantibody binds to red blood cells and fixes C3 and C4. The remainder of the membrane attack complex can assemble, causing intravascular hemolysis, although this is an inefficient process due to the presence of inhibitory molecules present on red blood cells (CD55 and CD59).

AIHA is a rare disease. Warm AIHA occurs in 1 in 75,000-80,000 patients yearly. It tends to occur in the elderly. The incidence increases after age 40 with a peak between age 60 and 70. Cold antibody AIHA occurs less frequently than warm antibody AIHA. Case series of AIHA find between 7% and 25% to be due to cold antibody AIHA. These patients are similarly middle-aged or elderly.

The majority of cases of warm antibody AIHA ultimately remit following therapy, even when associated with underlying hematologic malignancy. Relapses are not uncommon. Idiopathic cold antibody AIHA is less likely to remit following therapy and frequently requires long-term management such as environmental or behavior modification (relocating to a warmer climate or adjusting ambient temperature).

Gehrs, BC, Friedberg, RC. “Autoimmune hemolytic anemia”. Am. J. Hematol.. vol. 69. 2002. pp. 258-71. This is an excellent summary of the autoimmune hemolytic anemias with a focus on laboratory findings and epidemiology. The patterns of the direct antiglobulin test are well described, differentiating warm from cold antibody AIHA. All classifications of AIHA are covered here, including warm and cold antibody AIHA, paroxysmal cold hemoglobinuria, mixed-type AIHA, and drug-induced AIHA.

Barros, MMO, Blajchman, MA, Bordin, JO. “Warm autoimmune hemolytic anemia: recent progress in understanding the immunobiology and the treatment”. Transfus Med Rev. vol. 24. 2010. pp. 195-210. This analysis of the immunology of AIHA describes changes in immune tolerance that permit the development of warm antibody AIHA. The authors include details such as possible autoantigens and functionally abnormal B and T cell activity leading to polyclonal lymphocyte activation and production of autoantibodies. The role of the complement system in this immune dysfunction is also discussed.

Garratty, G. “Immune hemolytic anemia associated with drug therapy”. Blood Rev.. vol. 24. 2010. pp. 143-50. This recent review summarizes the 125 known causative agents of drug induced autoimmune hemolytic anemia. It separates drugs into those which cause drug independent AIHA; that is, antibodies which react with red blood cells in the absence of drug, and drug dependent AIHA, which require the presence of drug for antibodies to bind to RBCs. Purine nucleoside analogs such as fludrabine and cladribine cause the majority of cases of the first class. Drug dependent AIHA is typically due to antimicrobials, specifically cefotetan, ceftriaxone, and piperacillin.

Packman, CH. “Hemolytic anemia due to warm autoantibodies”. Blood Rev.. vol. 22. 2008. pp. 17-31. Similar to the review by Gehrs, et al, this paper summarizes the laboratory findings that define warm antibody AIHA. More importantly, it contains an excellent summary of the published literature supporting the mainstays of therapy: prednisone and splenectomy. It also contains the details of the case series that describe other potential therapies for refractory warm antibody AIHA, from rituximab to cytotoxic chemotherapy and many immunosuppressive agents.

Petz, LD. “Cold antibody autoimmune hemolytic anemias”. Blood Rev.. vol. 22. 2008. pp. 1-15. Here the state of the art therapies for cold antibody AIHA are reviewed. The laboratory definition of the disease is presented, including differentiation from paroxysmal cold hemoglobinuria. The episodic and often indolent clinical course of the disease is reviewed. Accordingly, management is typically supportive care when an underlying malignancy is not identified. More aggressive treatment strategies for atypical presentations are summarized as well, as is the known data supporting their use.

ZupaŃska, B, Sylwestrowicz, T, Pawelski, S. “The results of prolonged treatment of autoimmune haemolytic anaemia”. Haematologia (Budap). vol. 14. 1981. pp. 425-33. This examination of 97 patients is a large case series describing the mainstays of therapy for AIHA. This study assessed the acute effectiveness of corticosteroids in AIHA, and found 68.6% of patients had acute resolution of hemolysis; however, only 35% maintained long term remission. Most patients (81%) that underwent splenectomy experienced remission. Because these highly effective treatments have been used for decades, randomized trials for other agents as first line therapies have not been performed.

Peñalver, FJ, Alvarez-Larrán, A, Díez-Martin, JL. “Rituximab is an effective and safe therapeutic alternative in adults with refractory and severe autoimmune hemolytic anemia”. Ann. Hematol.. vol. 89. 2010. pp. 1073-80. Rituximab has become a critical second line therapy for AIHA, particularly in warm antibody disease. This retrospective analysis of response to treatment with rituximab was key in establishing the therapy. It describes 36 patients with refractory AIHA who had received a median of four previous treatments, and 13 had previously undergone splenectomy. Overall and complete response rates were 77 and 61 percent, respectively. Of those 22 patients attaining complete remission, 100% persisted at 6 months and 73% at 12 months.

Jump to Section
Next post in Critical Care Medicine 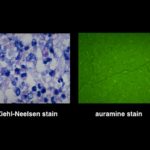