Intracranial pressure (ICP) is a measurement of the pressure contained within the skull. The components that contribute to ICP include brain tissue, blood and cerebrospinal fluid (CSF). Under normal conditions, typically defined as a pressure between 5-15 mmHg, the combined pressure of these components allows systemic arterial blood flow to enter the skull and perfuse the brain. However, any change in the amounts of any of these components will change the pressure within the skull. If there is an increase in one without a concomitant decrease in the others, increased ICP will result (e.g. subarachnoid hemorrhage with a relative increase in the amount of blood within the skull).

Elevated intracranial pressure and other disorders of ICP are common in critically ill neurology and neurosurgical patients. Various diseases can produce increased ICP, including: traumatic brain injury, spontaneous intraparenchymal and intraventricular hemorrhage, subarachnoid hemorrhage, hemispheric ischemic stroke, as well as tumors and other mass lesions. In most circumstances, these disorders are acute and involve a rapid rise in ICP that can be life-threatening. Rapid evaluation and management are required to prevent death or disability from cerebral infarction or herniation.

It is important to understand that increased intracranial pressure typically represents a global increase in the pressure within the skull. This global increase can be the result of a large mass, diffuse elevation of pressure from cerebral edema or hydrocephalus. However, local or compartmentalized increased intracranial pressure can also occur. Examples include cerebellar hemorrhage and other infratentorial masses.

Cerebral ischemia as a result of increased ICP can also be diffuse or localized. Localized increased ICP can result in the shifting of brain tissue across regions and herniation with subsequent compression-related ischemia. The classic example of this is uncal herniation in which the medial edge of the temporal lobe (the uncus) shifts below the tentorum, causing compression of the brain stem. While herniation and elevated ICP often coexist, herniation can occur in the absence of elevated ICP, and high ICP does not necessarily indicate herniation.

Increased intracranial pressure can produce a variety of symptoms from blurred vision and headache to coma.

The most common symptoms in those with preserved consciousness include:

Acute hydrocephalus or a rapid rise in ICP can produce significant alteration in the patient’s level of consciousness. If unconsciousness results, features of the physical exam that may suggest elevated intracranial pressure as the culprit include:

2. Gaze abnormalities, including an inability to move the eyes vertically up and evidence of bilateral lateral gaze palsy.

The first priority in management is to reduce the pressure within the skull and maximize cerebral perfusion as quickly as possible. Often this can be most rapidly achieved by administration of hyperosmotic medications, reducing the partial pressure of CO2 via endotracheal intubation and transient hyperventilation, administration of sedatives to reduce cerebral metabolism and CSF diversion. These measures can allow time for diagnosis and, if necessary, more definitive intervention.

Emergent imaging (Head CT) of the head is often necessary to diagnose and provide further treatment. If increased ICP is suspected or known, bolus dosing of mannitol or hypertonic saline should be administered as soon as possible. Sedation and endotracheal intubation can decrease cerebral metabolism as well as allow transient hyperventilation to promote cerebral vasoconstriction and acutely decrease intracranial pressure. However, hyperventilation should be regarded as a temporary, life-saving measure that should not be continued for more than 30 minutes. Evidence from the literature suggests that even brief periods of hyperventilation can cause or worsen cerebral ischemia as an unwanted byproduct of reducing CO2.

Other measures of ICP reduction include CSF diversion, which also is necessary in many cases. Urgent placement of a drain catheter directly into the cerebral ventricles or through a lumbar puncture can be performed at the bedside by qualified personne (Figure 1). External ventricular drain (EVD) catheter placement is an important intervention that allows direct measurement as well as decompression of the ventricular and subarachnoid space.

In some circumstances, cerebrospinal fluid can be removed through placement of a lumbar drain. However, caution is warranted with this approach as decompression of the subarachnoid space from below the foramen magnum and tentorium cerebelli may facilitate transtentorial or central herniation. Lumbar drainage should be avoided if imaging reveals “crowded” or effaced basal cisterns.

The priority of care is to rapidly lower the ICP, thereby maximizing cerebral perfusion. Upon entering the room of the patient and if it is safe to do so, the patient’s head should be immediately elevated to 30-45 degrees. Any mechanical obstructions to jugular venous outflow should similarly be minimized or removed. Straightening the patient’s head or safely loosening a cervical collar can promote venous outflow, thereby reducing ICP. Basic resuscitation measures should also be initiated, including securing the patient’s airway by whatever means are available.

Care should be taken to ensure that hypotension does not develop as a result of sedative and muscle relaxant administration. Hypotension, especially in the setting of raised ICP, will potentiate neuronal injury by reducing cerebral perfusion pressure. Guidelines provided by the Brain Trauma Foundation recommend maintaining a cerebral perfusion pressure (CPP) greater than 60 mmHg.

The next level of emergent ICP management is the administration of hyperosmotic therapy. Mannitol is often the drug of choice as it can be rapidly administered through a peripheral IV, either by bolus injection or rapid intravenous infusion. The immediate effects of mannitol should be seen within a few minutes of administration. Similarly, hypertonic saline, either by infusion or bolus injection, also may be given.

Although not hyperosmotic therapy, corticosteroids can be an important therapy for patients with a known cerebral neoplasm. Vasogenic edema can produce significant elevations of intracranial pressure and is exquisitely sensitive to steroid administration. However, steroids can be harmful in some circumstances and, therefore, have no role in the treatment of other forms of increased ICP. If a seizure accompanies or precedes an episode of increased ICP, anticonvulsant medications should also be administered.

Emergent imaging of the brain and involvement of neurosurgery is often necessary. CT is critical in identifying a hematoma or mass lesion that may require emergent evacuation or decompressive hemicraniectomy. Early surgical decompression, especially in those with increased ICP as a result of intracranial hemorrhage or hemispheric stroke, is an important treatment option that should be always be entertained. If no surgically amenable lesion is identified, early head CT imaging can facilitate the placement of an EVD or other intracranial pressure monitor by displaying the intracranial anatomy.

Measuring intracranial pressure is critical for further management and should be obtained whenever possible. An EVD not only provides a continuous measurement of ICP but also allows for therapeutic drainage of CSF. For most patients, the goal ICP measurement should be under 20 mmHg. If drainage of CSF fails or is not possible but ICP remains significantly elevated, redosing hyperosmotic agents and sedatives may be necessary.

Rapid induction of hypothermia to 32°C by administration of cold saline and applying external or intravascular cooling devices can also significantly reduce ICP by decreasing cerebral metabolism. Cerebral metabolism is reduced by 5% with each 1°C below 36°C. It is, however, important to note that none of the aforementioned therapies is known to improve the long-term outcome in cases of refractory increased ICP.

Management points not to be missed

Mannitol 0.5-1 g/kg bolus. Intermittent bolus dosing can continue if necessary or desired at doses of 0.25-0.5 g/kg. Care should be taken in securing adequate peripheral or central venous access as infiltration of mannitol into subcutaneous tissue can cause bullous eruption, significant swelling and compartment syndrome. If repeated dosing is necessary, serum osmolality and chemistries should be monitored frequently to avoid dehydration and renal injury. Consider monitoring osmolal gap.

Midazolam 2-10 mg boluses or a continuous infusion for desired level of sedation. Very high doses are associated with vasodilation and hypotension.

Dexamethasone 2-10 mg IV Q4-6 hours for those with cerebral edema as a result of a neoplasm.

Fosphenytoinor phenytoin 15-20 mg/kg IV load followed by 100 mg of phenytoin every 6-8 hours. Rapid administration of fosphenytoin (150 mg per minute or faster) or phenytoin (greater than 50 mg/minute) can produce significant hypotension and even cardiovascular collapse.

Lorazepam 2-4 mg IV immediately after or with a seizure. Ensure patency of the patient’s airway after each dose, as repeated dosing can produce significant sedation and loss of protective airway reflexes.

In most cases, the history and physical examination makes the diagnosis of increased intracranial pressure. Increased ICP is most common in those who have sustained traumatic brain injury, subarachnoid hemorrhage and intraparenchymal hemorrhage. A history and physical examination consistent with significant craniofacial trauma or symptoms of sudden onset severe headache is often all that is needed to make one suspicious of intracranial hypertension. The diagnosis and management of those conditions is discussed elsewhere. In cases where there is little to no history provided, as in a patient who is comatose at presentation or with significantly altered mentation, imaging of the head and brain with a stat head CT or brain MRI is critical.

Physical examination can be very helpful in a patient with suspected increased ICP. In many circumstances, the patient has a depressed or fluctuating level of consciousness, a severe headache, and nausea and vomiting. Visual complaints, including double or blurry vision, are seen in conjunction with the headache. Examination of the oculomotor nerves may reveal difficulty moving the eyes vertically up or horizontally and laterally. Vertical gaze palsy is the result of pressure on the roof midbrain, where vertical gaze centers are located. Bilateral horizontal gaze palsy is the result of stretch-related VIth nerve injury from increased ICP.

ICP is the pressure contained within the skull and is determined by the relative amount of three main components: brain tissue, CSF and blood. Brain tissues comprises 80% of this volume with blood and CSF each representing 10%. Under normal conditions, the balance between the three components allows perfusing blood to easily flow in and out of the skull. If there is an increase in the amount of any of these components, intracranial pressure rises until another component decreases. For example, traumatic brain injury or stroke results in a relative increase in the amount of “brain tissue,” which, in this circumstance, is not an increase in neuronal mass but rather an increase in the space occupied by the brain due to interstitial and intracellular fluid accumulation from the injury.

Likewise, an intracranial hemorrhage will result in a relative increase in the amount of blood in the cranial vault. In circumstances such as a brain tumor, the slow accumulation of edematous tissue displaces spinal fluid out of the cranial vault without producing overt symptoms of increased ICP. If an increase in any of these components occurs acutely, however, symptoms are likely to develop.

In both types of hydrocephalus, increased pressure within the ventricular system or subarachnoid space causes local or diffuse cerebral ischemia and infarction. Cerebral infarction, particularly if it is significant, can further increase intracranial pressure. Similarly, swollen or dead tissue can increase the risk of cerebral herniation. Increased ICP is not a prerequisite to produce herniation, but the two scenarios often occur concurrently. However, it should be noted that herniation can occur as a result of local mass effect without a significant increase in intracranial pressure. This scenario is often seen in those with mass lesions in the temporal lobe or posterior fossa, where uncal or central herniation can occur without a noticeable rise in the intracranial pressure.

Powered By Decision Support in Medicine.
Jump to Section
Next post in Critical Care Medicine 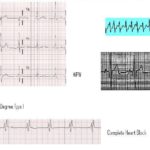