On physical examination, the most common feature is central obesity, typically involving the face, neck (Figure 1), upper back otherwise known as a “buffalo hump” or dorsocervical fat pad, and finally in the supraclavicular fossae. Rarely exophthalmos may result from retroorbital fat deposition in roughly 5% of patients.

Multiple dermatologic manifestations occur including skin atrophy with loss of subcutaneous fat and connective tissue, resulting in fragility, easy bruisability, and poor wound healing. Thick purple striae, greater than 1cm in diameter, are characteristic of Cushing’s syndrome (Figure 2). As the fragile skin is stretched, the venous blood of the dermis becomes apparent and imparts the reddish-purple hue. Most commonly, striae are present on the abdomen and lower flanks, but they also may be seen on the breasts, upper thighs and arms, buttocks, hips and shoulders. While striae may be present in up to 70% of Cushing’s syndrome patients, hyperpigmentation is rare (less than 16% of patients).

As hyperpigmentation is the result of increased adrenocorticotropic hormone (ACTH) that is capable of binding to melanocyte-stimulating hormone receptors, it occurs only in those patients with the ectopic ACTH syndrome or less often in those with Cushing’s disease (pituitary overproduction of ACTH). Though the hyperpigmentation is generalized in some cases, it tends to be more prominent in light-exposed areas including face, neck, and back of hands, or areas subject to pressure or friction like elbows, knees, and waist. Acanthosis nigricans, due to insulin resistance, may be appreciated in the axillae and on the back of the neck. Cutaneous fungal infections such as tinea versicolor or onychomycosis may also be present.

Since the adrenal glands are the major source of androgens in women, they may demonstrate signs of androgen excess including hirsutism, primarily limited to the face, oily facial skin or acne, and thinning of scalp hair. Virilization, which manifests with voice deepening, a male body habitus and escutcheon, clitoral hypertrophy, and temporal balding is extremely rare in Cushing’s syndrome and is limited to those cases that are due to an adrenal carcinoma.

Other physical examination findings in Cushing’s syndrome include facial plethora and proximal muscle weakness and wasting. Several coexisting conditions including osteoporosis, accompanied by pathologic fractures, glucose intolerance, hypertension,and psychiatric illness are common in this population. An increased frequency of infections and thromboembolic events has also been reported.

Once Cushing’s syndrome is suspected based upon history and physical examination and use of excess exogenous glucocorticoids excluded, initial biochemical testing should be done. Acceptable screening modalities include 24-hour urine collection for free cortisol, late-night salivary cortisol measurement, and overnight dexamethasone suppression testing. At least two measurements of urine or salivary cortisol should be obtained since the hypercortisolism may be variable. A 24-hour urinary cortisol excretion greater than 3 times the upper limit of normal is considered abnormal.

Under the direction of an endocrinologist, individuals with abnormal results on two different screening tests will require complex additional testing to establish the cause of Cushing’s syndrome. These tests may include measurement of plasma ACTH concentration, high-dose dexamethasone suppression testing, pituitary and/or adrenal gland imaging, and petrosal sinus sampling when indicated.

The differential diagnosis for Cushing’s syndrome includes pseudo-Cushing’s, which encompasses several disorders that may be associated with hypercortisolism and therefore, similar clinical features. Examples of such conditions are severe obesity, chronic alcoholism, and severe major depressive disorder. A careful history can help to identify these conditions, and clinically, most patients with pseudo-Cushing’s will not have the cutaneous or muscular signs of Cushing’s syndrome.

Individuals most at risk for developing Cushing’s syndrome are those who undergo prolonged exposure to medically prescribed corticosteroids. The incidence of exogenous Cushing’s increases with increased duration and dosage of glucocorticoid. One study with 799 patients on prednisone greater than 6 months’ duration found Cushingoid features in 2.7%, 4.3%, 15.8%, and 24.6% of patients on no glucocorticoids, less than 5mg prednisone daily, 5 to 7.5mg prednisone, and greater than 7.5mg prednisone respectively. Endogenous Cushing’s syndrome, which excludes the former iatrogenic cases, has a reported incidence of two to three cases per 1 million inhabitants per year in European population-based studies.

The causes of Cushing’s syndrome are divided into two different groups: ACTH-dependent and ACTH-independent causes. The most common ACTH-dependent cause is Cushing’s disease, which is pituitary hypersecretion of ACTH from a corticotroph microadenoma in most cases. The increased plasma ACTH concentration results in bilateral adrenocortical hyperplasia, which in turn leads to cortisol hypersecretion. Other less common ACTH-dependent causes include ectopic secretion of ACTH by nonpituitary tumors, such as small-cell carcinomas of the lung and pulmonary, thymic, and pancreatic carcinoid tumors and ectopic secretion of corticotropin-releasing hormone (CRH).

In the mid-20th century, Cushing’s syndrome was reported to have a 5-year survival of only 50%, with vascular and infectious complications causing the majority of deaths. However, since the development of modern-day treatments, one study reports a similar standard mortality ratio to an age-matched population without Cushing’s after cortisol levels were successfully normalized during 1 to 20 years of follow-up. On the other hand, if moderate hypercortisolism persists, studies demonstrate a 3.8- to 5.0-fold increase in standard mortality ratio compared with the general population.

Since Cushing’s syndrome has a propensity to progress and severe hypercortisolism is believed to be associated with worse outcomes, early recognition and treatment is of critical importance.

As previously discussed, many patients with Cushing’s syndrome will have coexistent systemic disorders such as glucose intolerance, hypertension, and osteoporosis. Following normalization of cortisol, glucose intolerance and hypertension will improve, though they may not completely resolve. Osteoporosis typically improves significantly during the 2 years after resolution of hypercortisolemia but may not completely normalize in all patients. Many of the physical symptoms and signs of Cushing’s syndrome gradually disappear over a 12-month period following effective treatment, plus psychiatric symptoms and health-related quality of life also tend to improve. Treatment options are summarized in the Table.

Treatment options are summarized in the Table 1.

Treatment of Cushing’s syndrome is directed at the primary cause of the syndrome, but the common goal for each therapeutic option is normalization of cortisol.

The mainstay of treatment in iatrogenic Cushing’s is to stop exogenous glucocorticoid therapy; gradual withdrawal is most appropriate to avoid hypothalamic-pituitary adrenal insufficiency from chronic suppression of the endogenous axis.

Transsphenoidal pituitary surgery to remove the corticotroph adenoma is the treatment of choice for Cushing’s disease (pituitary ACTH hypersecretion). When a clearly circumscribed adenoma is not apparent at surgery, subtotal anterior pituitary resection may be performed. In such cases of subtotal hypophysectomy, patients are at high risk for subsequent hypopituitarism. The cure rate after transsphenoidal surgery among experienced neurosurgeons is roughly 70% to 80%.

Patients who do not achieve cure after transsphenoidal surgery for Cushing’s disease may undergo pituitary irradiation, including conventional and stereotactic techniques. Maximum benefit from irradiation may take up to 12 months.

The treatment of choice for the ectopic ACTH and CRH syndromes is surgical excision of the responsible tumor. As a result, the ACTH or CRH source is removed. In cases of metastatic tumor where surgical excision is not an option, medical adrenalectomy (see below) can be implemented.

Cushing’s syndrome due to cortisol hypersecretion by adrenal adenomas or carcinomas should be treated with unilateral adrenalectomy. Unfortunately, carcinomas recur in as many as 50% of cases after adrenalectomy; irradiation, chemotherapy, and medical adrenalectomy can be offered in such cases.

Individuals who are not surgical candidates for transsphenoidal pituitary surgery or adrenalectomy or who have persistent hypercortisolemia despite other definitive therapies can be considered for medical adrenalectomy. Multiple medications that inihibt enzymes in the cortisol synthetic pathway are available to achieve this. Mitotane, for example, given at a dose of 2 to 3gm daily, is effective as an adrenolytic. At some point patients receiving mitotane will become hypocortisolemic and therefore require glucocorticoid replacement.

Major side effects associated with mitotane include nausea, vomiting, and anorexia. Among the adrenal enzyme inhibitors, mitotane is first-line; however, alternative medications that can induce medical adrenalectomy are ketoconazole, metyrapone, and etomidate.

The natural progression of hypercortisolism and the significant morbidity/mortality associated with untreated hypercortisolism must be clearly explained to patients and their families. However, it should be emphasized that cortisol normalization can be achieved in the majority of patients through multiple available treatment modalities and is associated with clear reductions in morbidity and mortality.

Patients require close long-term follow-up after treatment aimed at cortisol normalization is completed. Assessment for remission may be done through measurement of 24-hour urine free cortisol, early morning ACTH and cortisol, and performance of a low-dose dexamethasone suppression test. The time intervals for such testing depend upon the mode of treatment used. Additionally, patients who have undergone subtotal hypophysectomy or pituitary irradiation will require periodic hormonal monitoring to detect hypopituitarism.

Biller, B, Grossman, A, Stewart, P, Melmed, S, Bertagna, X, Bertherat, J. “Treatment of adrenocorticotropin-dependent Cushing's syndrome: a consensus statement”. J Clin Endocrinol Metab. vol. 93. 2008. pp. 2454-62. (This comprehensive consensus statement represents the collaborative effort of 32 experts in the field and provides a review of the first-line treatment options for Cushing's syndrome, as well as alternatives and options for persistent disease.) 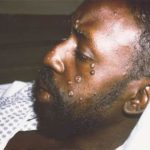