A clinical suspicion of onchocerciasis or “river blindness” is relevant in travelers returning from endemic areas who have eye symptoms, severe pruritus, and/or a discrete itchy papular rash of the lower extremities. Long-term residents of endemic areas emigrating to nonendemic areas may present with more manifest skin and eye symptoms.

Onchocerciasis is a chronic and slowly progressive disease. The initial infestation often occurs in childhood and many of the affected individuals remain asymptomatic for long periods.

The skin manifestations of onchocerciasis are highly variable. They include: acute papular onchodermatitis (APOP), which denotes an eczematous rash with multiple small widely scattered pruritic papules (Figure 1), that might progress to vesicles and pustules in severe cases. APOD often affects the face, trunk, buttocks, or extremities.

Lichenified onchodermatitis (LOD) consists of hyperkeratotic and hyperpigmented confluent plaques, most often affecting the lower extremities and associated with lymphadenopathy.

Other classical clinical pictures include “lizard skin” with dry ichthyosis-like lesions with a mosaic pattern resembling the scales of a lizard (Figure 6).

“Hanging groins” consists of folds of atrophic inelastic skin in the inguinal region associated with lymphadenopathy. In an endemic population, the most common skin manifestation is CPOD, followed by DPM and ATR. Different clinical pictures are not mutually exclusive, because two or more patterns may be present simultaneously, and one pattern may evolve into another pattern.

The diagnosis of onchocerciasis rests on the demonstration of living microfilaria in skin biopsies. Bloodless shave biopsies or “skin snips” are typically obtained by lifting the skin with the tip of a needle and excising a superficial disk of skin with a razor blade, or by scraping the skin tangentially with a corneoscleral punch. Snips are obtained bilaterally from the shins, the buttocks, and the iliac crests. In Central and South America, where the clinical manifestations typically are more severe on the upper trunk, skin snips are obtained from the scapular areas.

The snips are then placed in normal saline and inspected at intervals under the microscope for emerging spirochete-like microfilariae. Microscopic demonstration of microfilariae is 100% specific for onchocerciasis; however, the technique is rather insensitive in latent or early disease with a small microfilarial load.

Immunodiagnosis has recently been made available by the development of various recombinant antigens; however, this test cannot reliably distinguish between past and present infection. A polymerase chain reaction (PCR) assay was recently exploited to detect the repetitive DNA sequence known as O-150 (found only in Onchocerca volvulus) in skin snips.

In spite of great promise in terms of high sensitivity, these newer techniques are not yet routinely available under field conditions. The Masotti patch test is based on a contact hypersensitivity reaction induced by dead and dying microfilaria after topical application of diethylcabamazine. In spite of high sensitivity and specificity compared to skin snip technique, the patch test is hampered by varying degrees of sensitivity in different geographical areas and by its inability to identify individuals with light infestation.

Elevated levels of IgE, which are common in helmet infestations, are of low diagnostic significance in patients living in endemic areas due to high parasitic comorbidities, but can be of diagnostic importance in returning travelers with discrete skin manifestations.

Differential diagnoses include pruritic disorders, stasis dermatitis, and other eczemas, as well as vitiligo.

Onchocerciasis occurs in more than 30 countries of tropical sub-Saharan Africa—the African onchocercal belt extending from Senegal in the West to Ethiopia in the East.

Onchocerciasis also occurs to a much lesser degree in Central and South America, Yemen, and Saudi Arabia. An estimated 18 million people are currently infested. Of these, 4 million patients have skin manifestations and 2 million are blind or severely visually impaired.

Symptoms vary with geographical location; epidemiological studies indicate that onchocerciasis manifests in two main forms usually termed “Savannah” and “Forest.” Patients living in the western savannah woodland have a high prevalence of blindness, whereas cutaneous symptoms are more prevalent in the rainforest and in the East African highlands, extending from Ethiopia to Malawi.

Onchocercal depigmentation is less commonly seen in patients from East Africa; lymphadenopathy is more common in the rainforest; and severe skin atrophy is commonly encountered in the savannah, where the microfilarial load tends to be greater. Travelers may acquire the disease during their stay in endemic areas.

Onchocerciasis or “river blindness” results from infestation by the nematode, Onchocerca volvulus, which is spread by blackflies belonging to the genus Simulium that feed near fast-flowing rivers. When biting humans living near the rivers, the blackflies ingest skin-dwelling microfilaria, which then go through two additional larval stages in the fly over the next week. When the blackfly then bites another human being, the infective larvae escape through the wound and penetrate the tissues to develop into adult (macro)filariae that can be found in subcutaneous nodules scattered around the body.

The nodules, which range from the size of a pea to that of a golf ball, typically contain two to four adult worms that can reach a length of 80cm. The female filariae can live for as long as 15 years, during which time they produce millions of living embryos of microfilaria (each about 0.3mm long). Each day, one female worm releases 500-700 microfilariae. The incubation period is usually 1-2 years, but microfilariae can be detected as early as 3 months after exposure in an epidemic area. The microfilariae can survive 2-3 years.

Wolbachia endobacteriae are symbiants of most major human filariae, including O. volvulus, and are essential for growth, development, embryogenesis, and fertility of their nematode host. Since Wolvachia depletion has been shown to cause long-term sterilization of the adult female filaria, drugs targeting Wolbachia have emerged as a new promising filariacidal regimen in onchocerciasis.

Although not well characterized, the immunopathogenesis of onchocerciasis appears to correlate with the parasite load and with the clinical picture. The severe form of onchocercal dermatitis, known as “sowda” occurs during the parasite-destroying phase of the infestation. It is associated with a delayed hypersensitivity immune response, usually observed in patients with small loads of microfilariae.

In contrast, individuals with large microfilarial loads often lack an active immunological response. Th2 class cytokines including IL-4 and IL-5 have been shown to play a role in the mediation of the antifilarial response, and recently a subset of CD4+ T cells, T regulatory-1 (Tr1), with immunosuppressive capacity were suggested to play a role in counteracting Th2-driven inflammatory responses in patients with high microfilariae load but discrete signs of onchodermatitis.

In untreated populations, the progressive nature of OCD was responsible for the existence of entire villages in which the older inhabitants were blind and only the youngsters had functional vision This phenomenon was first observed in villages in proximity of rivers, the breeding site of the Simulium black fly, hence the name “river blindness”.

Confluent opacities may obscure major portions of the cornea, ultimately leading to a sclerosing keratitis with fibrocascular pannus and marked reduction of visual functions. Posterior segment disease manifests as atrophy of the retinal-pigment epithelium and is associated with choroido-retinal scarring and subretinal fibrosis. Optic neuritis followed by postneuritic atrophy, may occur.

Two drugs are used in treatment of onchocerciasis:

Ivermectin, a synthetic derivative of a macrocyclic lactose produced by the actinomycete Streptomyces avermitis, acts as an agonist of the parasite neurotransmitter, gamma-aminobutyric acid (GABA), and induces an influx of Cl- through channels not regulated by GABA. Ivermectin is an efficient microfilaricidal, and although it impairs the release of microfilariea, it does not kill the adult worm.

Ivermectin is used in World Health Organization (WHO)-sponsored mass drug distribution programs, and is provided free of charge by the manufacturer to countries endemic for onchocerciasis. Ivermectin resistance has been reported in Ghana. Ivermectin is well tolerated, causing mild adverse effects in approximately 10% of patients. The adverse effects usually occur within the first 48 hours of treatment, and appear to attenuate with repeated administrations. Adverse effects recorded include: edema, fever, pruritus, arthralgias, lymphadenitis, and postural hypotension.

Doxycycline, like other tetracycline antibiotics, targets the Wolbachia endosymbionts leading to adult female worm sterility. Doxycycline has emerged as an effective macrofilaricidal drug. Though not practical in mass drug distribution programs, doxycycline is beneficial in the treatment of symptomatic patients in endemic and nonendemic areas. Side effects are sparse and most dermatologists are acquainted with the use of the drug.

Mass drug administration of populations living in endemic areas, with the purpose of controlling transmission

Individual drug administration to symptomatic patients living in endemic areas, with the purpose of reducing symptoms

(Rationale: Ivermectin primarily targets skin microfilariae. Although repeated doses of ivermectin have a moderate macrofilarcidal effect, surviving adult worms might resume release of microfilariae, whereas ivermectin treatment should be given for the whole life-span [12-15 years] of the adult worm)

(Rationale: Doxycycline causes adult female worm sterility, impeding the release of microfilariae to the skin. In order to diminish the skin load of already existing microfilariae, a single dose of ivermectin is added at the end of the doxycycline course. Doxycycline has no place in the treatment of patients living in endemic areas who run the risk of being re-infected and therefore would need constant or repeated doxycycline courses.)

Pruritus, dermatitis, and eye symptoms are directly correlated to the presence of microfilariea in the tissues and reduction in the microfilariae load is correlated with amelioration of symptoms; however, symptomatic relief is not immediate, and use of conventional antipyritics, antihistamines, and topical steroids to control pruritus and dermatitis is indicated at least until the effect of the antimicrofilarial treatment takes place.

Inform the patient that ivermectin, even given as a single dose, is effective in controlling skin and eye symptoms within 3-6 months. There are conflicting data regarding the effectiveness of the drug in reducing onchocercal pruritus.

Explain to the patient that onchocerciasis is not contagenous in nonendemic areas, since infective Simulus blackflies are required for transmission of the disease.

Ivermectin should not be used in pregnant women, during the first month of lactation, in children who weigh less than 15kg, or in patients in poor health.

Doxycycline should not be given to pregnant women or children below the age of 9. 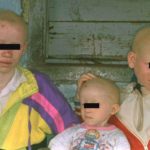