Many constellations of symptoms and physical exam findings can provoke a suspicion for a connective tissue disease and prompt antinuclear antibody (ANA) testing. A clinical suspicion of systemic rheumatic disease is at times supported by well-characterized features of the patient’s presentation, but at other times an ANA test may be sent when a clinician is exploring an unlikely diagnosis, or atypical or early presentations of a connective tissue disease.

Sending an ANA test under these exploratory circumstances has many pitfalls. The challenge for a clinician is to order the test discriminately, so that a positive or negative result can yield clinically useful information to make a diagnosis or guide decision-making, and rationally interpret tests sent in other circumstances.

III. Approach to deciding whether to order an antinuclear antibody test

Step 1: Which systemic rheumatic process do you suspect?

When a history and examination findings raise clinical suspicion for one or more rheumatic disease, serologic testing can then increase or decrease the pre-test probability of the disease. Before ordering an ANA test, consider whether the patient you are evaluating has groups of features that might guide you toward a particular diagnosis. Diagnostic criteria for connective tissue diseases are often helpful in creating a differential diagnosis in this situation.

Step 2: Decide whether to order the test based on which systemic rheumatic disease you suspect and the pre-test probability of that diagnosis

Clinical suspicion should strongly influence your decision about whether to order an ANA test.

The following lists are guides to assist in determining whether to order an ANA test when there is a reasonable clinical suspicion for a particular rheumatic diagnosis (sensitivity, specificity and likelihood ratios are included below).

Suspected diagnoses in which an ANA result is likely to be useful:

Situations in which a result could potentially be helpful:

Diagnosis of polymyositis and dermatomyositis

Patients with Raynaud’s phenomenon only*

An ANA test is unlikely to be useful for:

Diagnosis or monitoring of RA

ANA titers have not been shown to be useful in the following situations:

Monitoring of polymyositis or dermatomyositis

Approach to interpretation of a positive antinuclear antibody test

Step 1: Is the ANA test positive?

Many labs will provide information about the percentage of patients without ANA-associated disease with positive results at each titer. As a general guideline:

A titer of 1:160 or above is commonly considered a positive test result.

If an ANA test is positive in the context of a low pre-test probability of disease or if it is negative in the context of a high pre-test probability, interpret the result in light of the prevalence of the titer in healthy controls and the frequency of positive tests in particular populations. The prevalence of a positive ANA in selected conditions are listed below:

Relatives of patients with SLE or scleroderma: 5-25%

If a positive ANA result is felt to be unrelated to an active rheumatic diagnosis but there remains a risk for development of rheumatic disease, the patient may be monitored. Otherwise, monitoring is not indicated for an isolated positive ANA.

A positive ANA may prompt additional serologic testing targeted to the suspected disease:

Intermediate or high ANA titers can be seen in unaffected relatives of patients with connective tissue disease, elderly patients, pregnant women, patients with chronic infections, malignancy, and as noted above, in healthy individuals.

The American Society for Rheumatology has published a position statement on the methodology of measurement of ANA.

The British Colombia Ministry of Health has a guideline for indications for ANA testing. 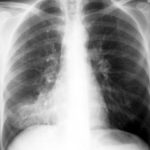