A. What is the differential diagnosis for this problem?

Gestational diabetes is defined as any degree of glucose intolerance with onset or first recognition during pregnancy, whether or not the condition persisted, or possibly antedated or begun concomitantly with the pregnancy. The hyperglycemia and adverse pregnancy outcomes (HAPO) study showed that mild maternal hyperglycemia demonstrated strong association with increased birth weight and increased cord blood serum C-peptide.

The two broad classifications of diabetes is type 1 or type 2. Other types of diabetes may be due to monogenetic defects (mature-onset diabetes in the young), diseases of the exocrine pancreas (such as cystic fibrosis), medication, or chemically induced.

These patients have elevated fasting glucose or hemoglobin A1c that are still below the diagnostic cut-off values for diabetes. They have increased risk for overt diabetes and cardiovascular disease. The Diabetes Prevention Program (DPP) showed that lifestyle intervention and pharmacological therapy (metformin) decreased the incidence of type 2 diabetes by 58% and 31% respectively.

B. Describe a diagnostic approach/method to the patient with this problem

The epidemic of obesity and type 2 diabetes mellitus in the United States has led to increased diagnosis of diabetes in pregnancy. Pre-natal care includes a complete medical evaluation, physical examination and diagnostic screening tests, fetal testing, surveillance, and rigorous follow-up. Women of child-bearing status with known diabetes should have pre-conception counseling and ideally achieve glycemic control prior to conception. Peri-natal glycemic control should be optimized with pharmacologic therapy. Nutrition education is essential to the management of diabetes. Daily physical activity and exercise should be advised. Multidisciplinary patient centered approach is recommended.

1. Historical information important in the diagnosis of this problem.

2. Physical Examination maneuvers that are likely to be useful in diagnosing the cause of this problem.

A complete physical examination is important with emphasis on the following:

3. Laboratory, radiographic and other tests that are likely to be useful in diagnosing this problem.

C. Criteria for Diagnosing Each Diagnosis in the Method Above.

At the first prenatal visit, testing for undiagnosed diabetes should be performed using standard methods. For those without pre-existing diabetes, GDM screening can be done at 24-28 weeks of gestation using 2 different methods. The “one-step” approach appeared in revised screening guidelines for gestational diabetes in 2011 (American Diabetes Association and International Association of Diabetes and Pregnancy Study Groups). The “two-step” approach was endorsed by an NIH consensus committee in 2013.

The 2017 American Diabetes Association diagnostic criteria for diabetes mellitus can be any of the following:

Patients with A1C between 5.7-6.4%, impaired fasting glucose (100-125 mg/dL) or impaired glucose tolerance (2 hour OGTT values 140-199 mg/dL) have pre-diabetes. They have increased risk for overt diabetes and cardiovascular disease. Any woman with pre-diabetes diagnosed during or before pregnancy should be managed as someone with pre-gestational diabetes.

The Diabetes Prevention Program (DPP) showed that lifestyle intervention and pharmacological therapy (metformin) decreased the incidence of type 2 diabetes by 58% and 31% respectively.

III. Management while the Diagnostic Process is Proceeding

A. Management of Diabetes in Pregnancy:

Protocols for intrapartum management of diabetes

B. Common Pitfalls and Side-Effects of Management of this Clinical Problem 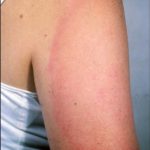